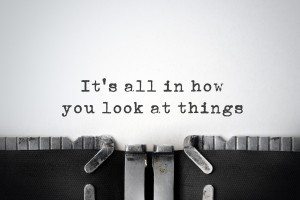 They say there are two perspectives to every situation that happens. But I believe there’s actually three perspectives, as it pertains to marriage conflict. There’s his, hers, and God’s —in other words, what REALLY happened.

Ultimately, it takes a willingness on both the husband and wife’s part, to work through those perspectives to find a way to build relationship bridges, rather than walls dividing them. I have no doubt in my mind that this is what God wants us to do, so we’re relating to each other from His perspective, rather than ours.

We serve a God of reconciliation. (See: 2 Corinthians 5:14-20.) He is a God who wants to draw us to Himself, which ultimately draws us toward each other. That’s especially true since marriage is a living picture of God’s love for His church.

Learning to be reconciled to God and to each other is what Steve and I had to do earlier in our marriage when our relationship was going in a bad direction. And that’s what we still have to do as life bombards our relationship in different ways. No relationship is stagnant. Life happens!

If anyone had talked to Steve during our marital rocky time, they probably would have thought I was the wrong one. And if anyone had talked to me during our rocky time, they probably would have thought he was the wrong one. I’m sure we both could paint the picture of what was happening so we personally, looked mostly “innocent.” Sure, we would have admitted that we had faults. But somehow we could find those points excusable in comparison to what our spouse was doing. (At least from the way we saw things.)

But the point is that with God’s help, and a lot of emptying ourselves of our own selfism, we were able to marry our two perspectives into God’s. We found ways to build bridges of compromise and reconciliation. (You can read our testimony in The Love Story of Steve and Cindy Wright.)

I heard it once said that if we strive to seek the Light, rather than striving to be right, a lot of our problems will resolve themselves.” And that’s true. When Steve and I stopped focusing on who’s “right” and who’s “wrong,” and instead recognized that what was happening between us was wrong, we were able to resolve that, which was dividing us.

We were able to resolve our differences when we honestly looked to God Light to help us throw out the garbage we dragged into our relationship.

So, in my readings, I came across two articles. Each article gives different perspectives to the problems this husband and wife were having with each other. I thought you might learn something from reading both of their perspectives. I hope you will read and learn something helpful. So here goes:

• Why I Stayed: A Wife’s Focus on God Saves Her Marriage, written by Carla Anne Coroy

• Why I Stayed, Too: A Husband’s Focus on God Saves His Marriage, written by Trent Coroy

There’s a book written by Pastor Tim Savage titled, “No Ordinary Marriage.” In it, he gives an important “principle of matrimony” that I’d like you to prayerfully consider. He believes (and I do too) that we are to approach our marriage and live it out for the glory of God.

“When this becomes the guiding impulse of our unions, when the glory of God becomes our primary focus and greatest love, husband and wives will track along a trajectory that is decidedly upward… Nothing cements a marriage like focusing on the glory of the Lord. It is the tie that binds.”

I whole-heartedly agree. It’s like what Dennis and Barbara Rainey wrote in their book, Moments With You”:

“Most Christian marriages are patterned after the world, with a few threads of Christianity woven in. Couples know certain Bible verses. But few practice the Word of God and use it as the defining standard for their lives. If you want your marriage to become all that God intended, dig deeply into His Word. Let it become the source of your lives together. Pray for one another that you’ll abide together in Christ.”

We have a lot of articles, testimonies, marriage communication tools, quotes, and links to additional web sites on the Marriage Missions web site that can help you with your marriage conflicts. You just need to “Ask, seek and knock” and then apply what God is teaching you.

I encourage you to ask God to examine your heart and pray:

Some additional advice comes from JB and Shugie Collingsworth: