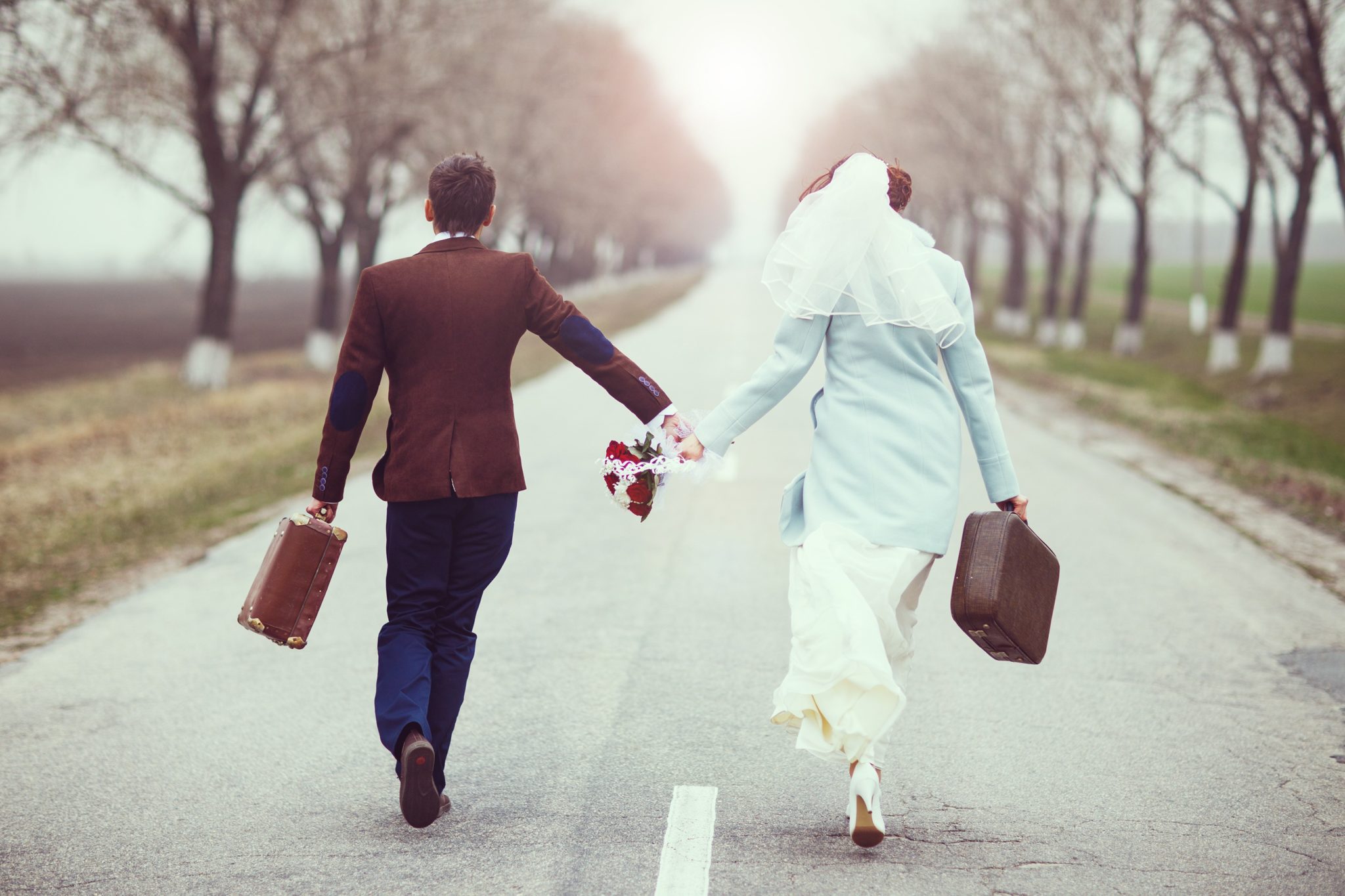 When you marry, do you realize that you are taking a huge step out of one family into another? You are rearranging your whole family dynamic when you hear the words:

“You are now husband and wife!”

Those six words establish a new identity. Actually, 3 new identities form —a couple, a husband, and a wife.

By exchanging their vows and committing themselves to one another, the groom and bride begin new roles (husband or wife). They share a new name (Mr. and Mrs. Smith). And they start a new relationship (marriage). These new identities come with new functions and responsibilities that alter the couple’s relationship and their families.

The Giant Step Out of One Family Into Another

The level of readiness depends on the choices a couple makes. Will the couple pro-actively prepare for their new identity? Or will they let the chips fall where they may? Where will they turn for direction and guidance to help them transition into their new identities? They include the popular culture, church, other people, the Bible, television, and the latest relationship expert.

Understanding the identity changes in marriage doesn’t have to be a guessing game. Prospective husbands and wives can look to the Author of Marriage to guide them into their new roles, functions, and responsibilities.

Replacing the guesswork with insight, couples can step into their new life together with confidence and understanding. By discovering their new identities, couples can survive the positive identity change, and ultimately live the Full Marriage Experience.

• Describe how you think your roles in your relationship will change after the wedding day.

STEP OUT OF ONE FAMILY AND INTO ANOTHER

“Haven’t you read,” Jesus replied, “that at the beginning the Creator ‘made them male and female,’ and said, ‘For this reason a man will leave his father and mother and be united to his wife, and the two will become one flesh’? So they are no longer two, but one. Therefore, what God has joined together, let man not separate.” (Matthew 19:4-6)

The majority of a person’s life has been under the care, authority, and trust of their parents. The family in which someone was raised shapes that person’s views, beliefs, and attitudes about relationships.

What one thinks it means to be a husband, a wife, and a married couple is heavily shaped by their home life. The marriage, ex-marriage, or non-marriage of their parents influences a person’s ideas about and vision for the marriage roles. “Family of Origin” issues also affect perceptions and beliefs about family life and parenting.

[Identify] all that describe your father’s role as a husband

[Identify] all that describe your mother’s role as a wife:

To fully step into the marriage relationship, the man and woman must step out of their parents’ home, authority, and care. The Scriptural concept of Leaving the first in a two-step process to enter marriage.

While living with one’s parents until the wedding day is not as common as it once was, the concept of Leaving is more necessary than people may think. Leaving does not mean the end of the parent-child relationship. That special bond will still remain after the wedding day. Marriage simply redefines it. To Leave means to withdraw from the emotional security, financial dependence and physical attachments from one’s parents.

The Scriptural concept of Cleaving is the second step to enter marriage. When a person withdraws from their parents’ broad array of support, they must go to someone else who will provide it. Depositing the emotional security, financial dependence, and physical attachments to one’s spouse makes the Leaving and Cleaving process complete.

For the best interest of everyone, the relational withdrawal and deposit (Leaving and Cleaving) should occur as close to the actual wedding day as possible. Attempting to do it well before the wedding or well after the wedding can complicate the couple’s relationship. It can disrupt the extended family relationships. The transition on the wedding day is one of the many spectacular mysteries of marriage.

• Why should someone getting married Leave their parents?

• List potential pitfalls for couples who do not Leave their parents.

• Do you believe your parents understand the concept and see the necessity in your Leaving them and Cleaving to your spouse?

• What changes will you and your [future] mate have to make as you Leave your parents?

• What concerns do you and your [future] mate have of Leaving and Cleaving?

• [Discuss] healthy ways to grow a relationship with parents and in-laws after the wedding day.

• How can you and your [future] mate honor both sets of parents for their influence in your lives?

• How do you expect marriage to change your relationship [with both sets of parents]?

There is so much more that we wish we could have added to the above discussion guide. There are more that are included in the wonderful workbook that Jason Krafsky wrote titled, Before “I Do”: Preparing for the Full Marriage Experience

, published by Turn the Tide Resource Group. We highly recommend you obtain it if at all possible.

One response to “Step Out Of One Family Into Another”