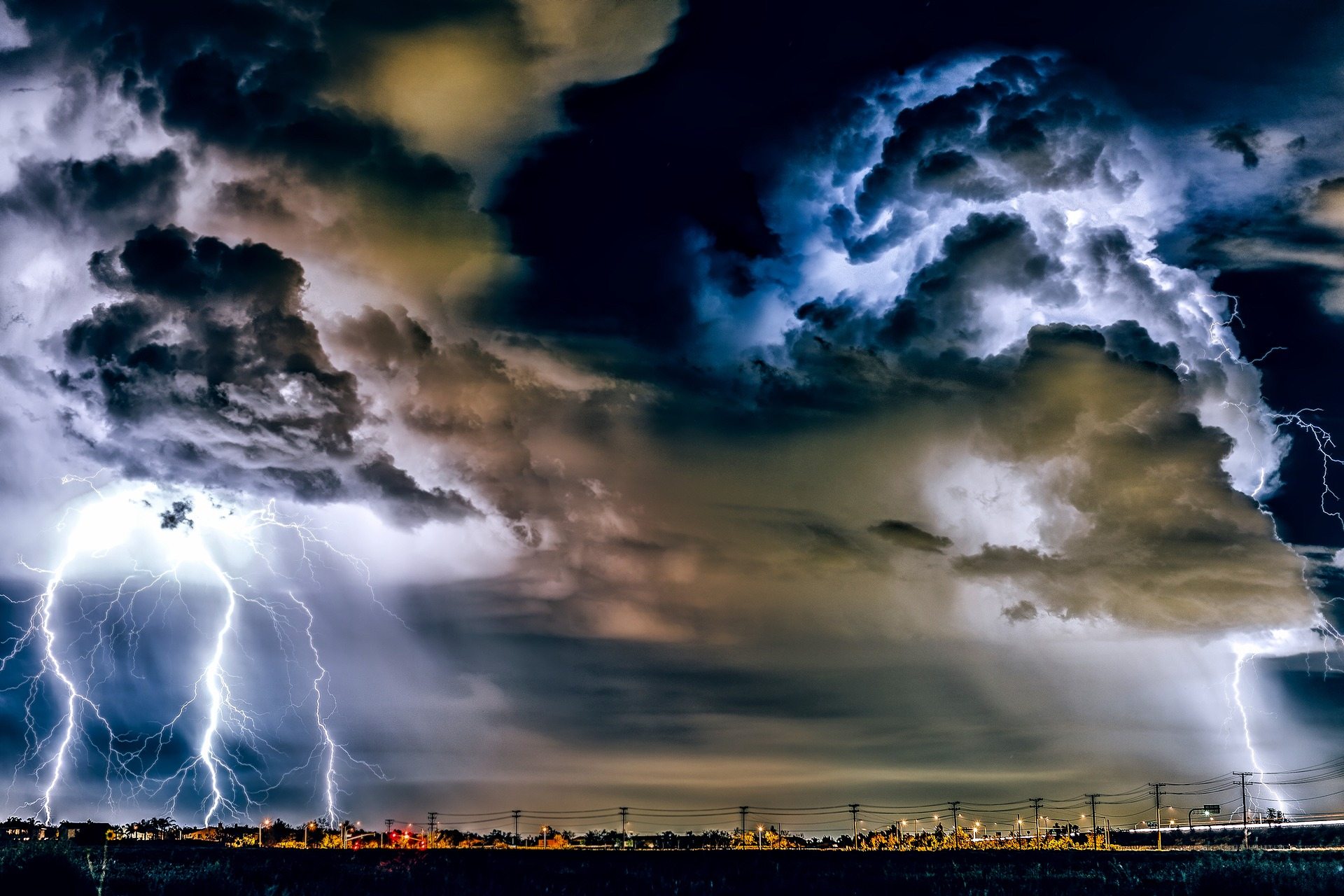 Do you realize that there is a spiritual battle going on to defeat your marriage? It may be difficult to see, but that doesn’t make it any less real. It’s important to be aware of it!

I read something about the ancient sport of falconry (in the devotional “Our Daily Bread”), which reminded me of this issue. While hunting wild game, men often use(d) trained hawks and falcons. However, as Mart De Haan explained:

“When the ‘educated predator’ was allowed to fly, it often rose too high for human eyes to see. So a hunter often carried a small caged bird called a shrike. By watching the antics of the little bird, the man could always tell where his hawk was, for the shrike instinctively feared the predator and cocked its head to keep it in view.”

He went on to say,

“Christians desperately need an alert perception similar to that of the shrike to detect their spiritual enemy. Our adversary ‘walks about like a roaring lion, seeking whom he may devour‘ (1 Peter 5:8). Our responsibility is to be sober and vigilant. In other words, we are to be always on the alert.”

Then Mart posed these thoughts:

“It would be nice if God had giant sirens to warn us of an attack by the devil. But He doesn’t operate that way. Instead, we must read the Bible regularly, meditate on its truths, maintain a prayerful attitude throughout the day, and be filled with the Holy Spirit.”

I thought about how this applies to marriage. When someone writes us, we often can see evil at work to cloud his or her vision of the reality of what’s really going on. There are serious implications that can occur if they don’t wake up to the reality of the situation. Repeatedly, we’ve wanted to sound an alarm. We’ve wanted to scream, “Open your eyes. You’re falling into the deceptions of the enemy of our faith.”

We do our best to warn people through these Marriage Messages, and the hundreds of articles posted on our web site. But it just doesn’t seem to be enough. So for the rest of this message we’d like to share something more. We’re hoping it will serve as a wake-up call for those who need it. In your marital relationship please recognize that:

The enemy of our faith works in subtle ways within marriages to get us to grab onto false beliefs (LIES). The mission is to destroy our relationships. Are you falling into any of the following traps?

These are False Beliefs that Seem Real:

• Couples, who are marrying, believe that their love is so “unique” that they won’t have the same struggles others experience. When problems arise, confusion and disillusionment follows.

•  The false message is promoted that, “Love should come naturally.” So those who struggle in their marriages believe something is wrong if they have to put extra effort into making it work. Falling in love is heavily emphasized. Yet doing what it takes to stay in love is too often neglected.

•  When love is new, couples grab onto the false idealism that their “love will conquer all.” They don’t realize that God’s love and His Word applied in their relationship is what they TRULY need.

•  The idea is promoted that Christians “shouldn’t have problems.” For that reason many couples are embarrassed to admit it when trouble arises. As a result they hesitate to reach out for help. When they do it’s often “too late” by the world’s standards to save their marriage.

•  Many couples become busy in doing so many “good” and “necessary” things that their priority to nurture their relationship is overlooked. A great number of spouses fall into the false idea. They neglect the needs of their mate. They believe that he or she will “be fine” or “just understand.” This happens even though those who are considering marriage are told differently in God’s word in 1 Corinthians 7.

•  The “world’s” ideas of marital love are being pushed at married couples. As a result spouses are adopting them as a type of compass for guiding their thoughts and actions. They are neglecting God’s way of living with and loving each other.

•  During conflict, the enemy of our faith works to divide couples. These couples become so single-mindedly, that they fight as if HE or SHE is the “enemy.” Sadly, this tactic works. The need to listen to and pray with each other, extend love, grace, and forgiveness is too often neglected.

•  In this world, it’s not difficult to fall into the trap of continually focusing on the other spouse’s “faults.” Any positive qualities and actions can be overshadowed and not noticed, as a result.

•  When things get tough and temptations reach their peak, spouses often forget and then abandon what they vowed to each other and God on their wedding day.

•  Some spouse’s buy into the lie that “one time” won’t hurt, even though it does. Some spouses also rationalize the lie that because he or she is hurting so badly, solutions to cheat and do that which they shouldn’t is acceptable. Wrong! Cheating is never right, no matter what the excuse.

•  The idea is being fed to people that “God wouldn’t want them to be unhappy.” He or she then feels entitled to leave the marriage for the sake of his/her happiness. This is totally unbiblical.

•  People are led to believe that if he or she doesn’t “feel” love for his or her spouse at that time, that’s the way it will always be “from this day forward.” Research shows this to be untrue. God, whose very name means LOVE can teach willing partners how to truly love one another.

•  Many spouses are so caught up in their own relationship problems they neglect seeing that their children are witnessing the way they interact with each other. From this vantage point, many children then “learn” how to mistreat their own spouses.

•  The lie is promoted that forgiveness is for fools. This causes spouses to forget the grace of God. They neglect God’s Biblical message to “forgive others as God has forgiven you.“

•  The truth is not emphasized that marriage is a living picture of Christ’s love for the church. How we show love to each other can impact a world of people (including our children). These people and children desperately need to see God’s TRUE LOVE lived up front and real, within Christian marriages.

We hope that if you recognize you are holding onto any of these falsehoods, you will get on your knees together. Pray that God will help you to “renew a right spirit within you.” God cares very much about your marriage. And so do we!

Tagged: discerning different spirit, lies of enemy, on the alert