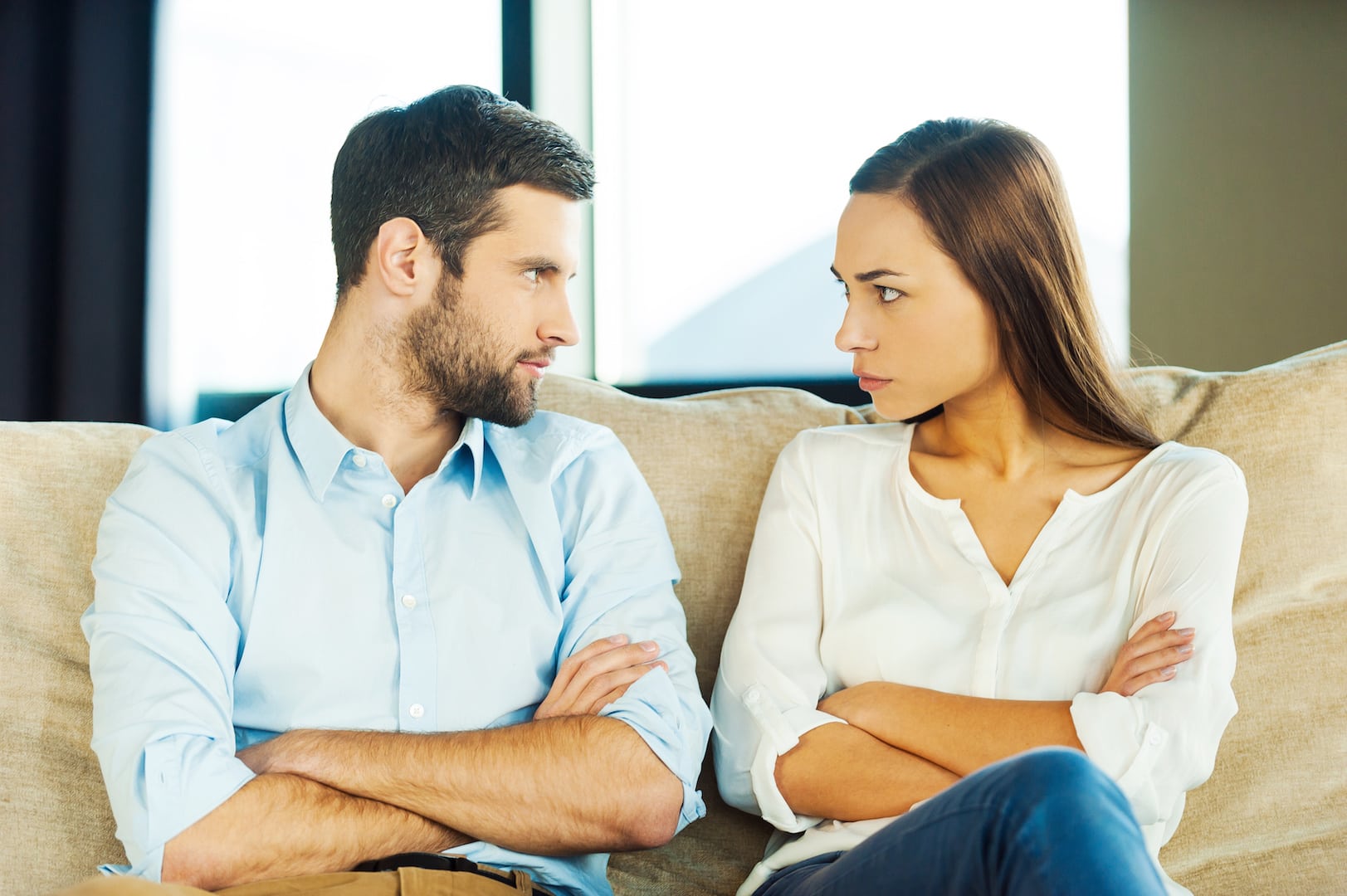 Are you in a vulnerable place in your life together for marital conflict? We’re not just talking about “normal” times of conflicting with each other. That is a given. If you’re married, it’s only natural that you WILL experience times of marital conflict. We’re talking about times when you’re especially in a vulnerable position to fighting, beyond conflicting about everyday differences.

As a matter of fact we’re in one of those positions right now. And sadly, at first we handled it all wrong. But in the midst of it all, we woke up. It finally occurred to us what was happening. As a result, we changed our relational stance, and now we’re doing MUCH better.

That’s the reason for this particular Marriage Insight. We hope to help you “be on the alert” so you recognize your vulnerable times for marital conflict. Perhaps it will help you to avoid at least some of your fights.

Here’s what we’ve discovered over the years. There are certain times and circumstances when it’s easier to fall into conflict with each other than at other times. We’ve talked about H.A.L.T. Times. Those are times when either spouse is Hungry, Angry, Lonely, or Tired. Those are times when it’s important to walk softer because it’s easier to get into fights when our emotional and/or bodily needs are screaming at us. We’re more on edge. But there are other situations and circumstances when we’re also more vulnerable for marital conflict.

When we’re in a hurry, we often snap at each other more readily. When we’re not feeling well, or we’re stressed… watch out! We are often grumpier than normal. Also, when we’re fearful, discouraged, or something tragic has happened to us or a close family member or a friend, we just don’t think as clearly. That’s when we can turn against each other, rather than turn toward each other.

A LOT of marriages go down during those times, if the spouse’s are not careful. So if you are presently in that situation, be on the alert. Do what you can to give each other grace and space, but then come together in partnership.

Also, when we are not spending time in God’s word, and living what we read, we are more vulnerable to nitpicking at each other. Perhaps you are not praying for your spouse and for yourself as a spouse. That also causes weakness in your ability to stand strong in the Lord.

And then there are times when you’re doing something for the Lord that you become vulnerable. The enemy of our faith loves to sneak in and turn us against each other. It’s like we have a bulls-eye painted on our marriage. It’s a matter of spiritual warfare that pulls us to enter into the fight. And if we aren’t careful, we will fall into the temptation to fight with each other, rather than with our demonic enemy.

That’s what happened to us. What’s most ironic is that this happened when we were preparing to speak at a marriage retreat to help other ministry couples. How stupid is that? And the worse thing is that we know better. We know that the enemy lays traps for us to walk into during these times. But we fell, none-the-less. We started scrapping with each other when we should have been praying with each other.

As soon as it came to me what was going on, our fight instantly made a better turn. We talked to each other and prayed together about it. We’re now doing great again. The preparations are still underway, but this time we’re doing it the right way. We’re united with God in doing what He leads us to do. We recognize the enemy, and it is not our spouse. It’s all about partnership with God and with each other. All of this goes along with a true statement that Kimberly Williams wrote:

“If you and your spouse are striving to live in a way that honors God, be prepared for a spiritual attack. Biblical marriage points people toward God. He ordained marriage and was there when Adam and Eve were first joined together. It is a picture and witness to this world of Christ and His Church (Ephesians 5:31-32). It is good and holy. And Satan hates everything about it. He wishes to destroy your marriage (along with your life, testimony and family).

“This isn’t to scare you, but to remind you to be watchful. Your adversary, the devil is as a roaring lion, walking about seeking someone to devour (1 Peter 5:8). He often uses the troubles of this world to divide a husband and wife. He’s crafty and knows how to tear couples apart. And He would love nothing more than for you to give up on each other, throw in the towel, and say to the world that marriage is too hard.”

Committed Beyond Times of Marital Conflict

Of course, there is no “throwing in the towel” going on here. We are committed to fighting the enemy of our faith, and not each other. We know that if the enemy can get us fighting with each other our focus is no longer pointed towards fighting him. And that’s the last thing we want to do. We hope this is your desire, as well.

To help you (and us) to be all the more aware of these spiritual attacks, here are a few additional thoughts on this marital conflict vulnerability, as it pertains to spiritual warfare:

• “Your marriage is under attack. Even when things are going well, when romance is high and communication is flowing, there is an assault being planned. Your enemy is not your spouse—your enemy is the enemy of Christ, Satan and his forces. They will do all they can to neutralize the effectiveness of your marriage partnership for Christ. Even if they cannot ultimately destroy your marriage, they will have accomplished their purpose if they can distract you from each other and from your impact for Jesus.” (From the Build Your Marriage article, “When the Enemy Attacks Your Marriage”)

• “The first shots fired against marriage occurred in the very beginning. In Genesis 1-2 God created a perfect universe, a perfect environment, and then placed our first parents into that magnificent environment: a beautiful garden, a two-becoming-one marriage, and a daily walk with God the Creator Himself. Who could ask for anything more? But into this perfect scene the Evil One descended, casting doubt about God’s sincerity, care, concern, and provision (Genesis 3).

“And down through the centuries, his tactics haven’t changed. That is why Jesus called Satan ‘a murderer from the beginning, . . . a liar and the father of lies‘ (John 8:44) and ‘the ruler of this world‘ (John 12:31). The Enemy’s attack is focused against the Triune God, but in order to effectively accomplish such an audacious assault, he focuses on God’s people in general and the Christian home in particular.” (Barry R. Leventhal, Ph.D. from the Crosswalk.com article, “Marriage Warfare”)

• “Don’t underestimate the enemy and his tactics. When your marriage seems in peril, it’s easy to start focusing on the ways your spouse is letting you down or you are falling short. Remember that God has put the two of you on the same team, and it’s Satan that wants to pull you apart. First Peter 5:8 states it vividly: ‘Be alert and of sober mind. Your enemy the devil prowls around like a roaring lion looking for someone to devour‘ (NIV). If it feels like your marriage is being devoured, recognize you’re under attack and run to God for help and deliverance.” (Suzanne Gosselin, from the article, “When Your Relationship is Under Attack”)

• “When the enemy can get us off our knees, he is helping us to cut off our only source of help and hope. When couples refuse to pray individually and together, the devil can get a foothold in their marriage. The times when prayer seems the most difficult are the very times we need prayer the most. When a couple is under spiritual attack, the enemy can make us feel too busy to pray, too hopeless to pray, and too pointless to pray, so a weakening of a couple’s prayer life could be a sign of their being under spiritual attack.” (Pastor Jack Wellman, from the article, “4 Signs of a Spiritual Attack on Your Marriage)

Also, Another Important Point to Emulate:

• “Seek support. After one emotional blowout, my husband called a pastor at our church and asked if he would pray with us. After church, this man—who has been married longer than we have and certainly understands our struggle—prayed for God’s peace to reign in our relationship and home. Like Aaron and Hur lifting Moses’ arms during an important battle (Exodus 17:12), this man lifted us up when we were exhausted and at the end of our own resources.” (Suzanne Gosselin, from the article, “When Your Relationship is Under Attack”)

Here are some wise words from Pastor Jack Wellman:

“Most Christians realize they have bull’s eyes on their backs and that the enemy and his demons will try to bring us down. Even though he can’t, he still can sling spiritual fiery darts at us. This is because ‘we do not wrestle against flesh and blood, but against the rulers, against the authorities, against the cosmic powers over this present darkness, against the spiritual forces of evil in the heavenly places‘ (Ephesians 6:12).

“A strong marriage needs a threefold cord, with God being the third cord that holds it all together. Couples, we’re in a war, a spiritual war, and the enemy wants to bring us down. So, couples, we need to pray together, serve together, and study the Word together to be able to stay together.”

We pray this helps as you work to make your marriage the best it can be!

We talk about this issue and so much more in our book, 7 ESSENTIALS to Grow Your Marriage. We hope you will pick up a copy for yourself. Just click on the linked title or the “Now Available” picture below to do so:

One response to “Are You Vulnerable for Marital Conflict?”