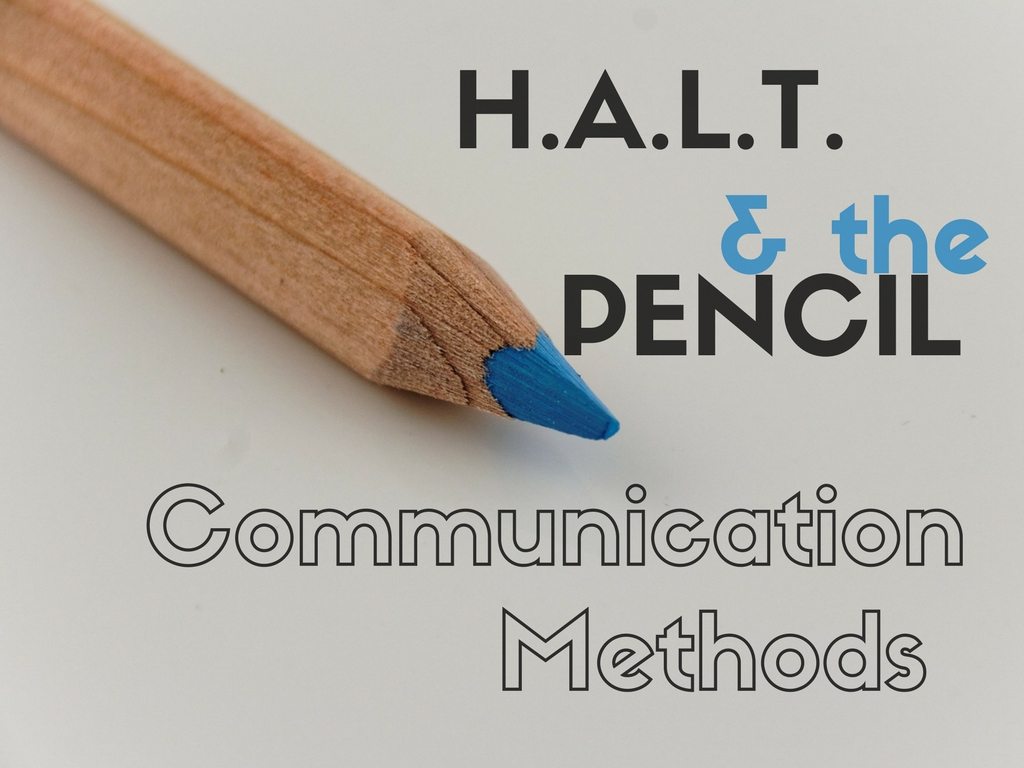 I’ve been going through a lot of different communication tools and “advice” that Steve and I have used because we’re helping other couples work through their communication differences. One couple, in particular, will be marrying soon and they want to get off on the best footing possible. YEAH!!! We’re SO glad they have this mindset. So, we’re sharing with them, and you, some great communication methods.

My husband Steve and I are trying to present to them “the best of” marriage communication tools and advice that we wish we would have known about before marrying. They sure could have helped us avoid a lot of arguments. And the arguments we DID have could have gone in much healthier directions.

When I think back to some of the fights we had, it just amazes me that we’re still married today. Only by the grace of God, are we still together, loving each other more than ever! There were so, so many stupid things we said and did! And yet we thought we were so mature, with our “right fighting” and trying to “win” arguments (which means the other loses, thus, the relationship suffers).

We sure were caught up in the hurtful, immature way of arguing! How we hope we can help this couple and others, including those who visit this web site, approach disagreements in healthier ways.

So, there are two communication methods that I want to especially point out, which can help couples when they disagree with each other. One is called the H.A.L.T. Method. I’ve mentioned it several times on this web site, but it bears repeating.

When you have an important matter to discuss with your spouse, it’s a good idea to make sure that you don’t bring it up during a H.A.L.T. time.  This would be a time when either of you is Hungry, Angry, Lonely, or Tired. There’s more vulnerability to be less tolerant during those times.

As author Scott Stanley says about approaching during a vulnerable time,

“A number of studies demonstrate that we tend to give people more benefit of the doubt [and grace] when we’re in a good mood and less benefit of the doubt when in a bad mood [or one of the above factors is in play]. If you’re in a bad mood, you’re more likely to perceive whatever your partner says or does more negatively, no matter how positive he or she is trying to be.”

So, the point is, to ask God to help you to discern when would be the best time to talk with your spouse. You may still get a negative reaction from him or her. That can happen. But there’s less of a chance of it if you pick a better time to make your approach.

Now, we can’t always avoid making big relationship decisions, or avoid talking about important matters until the conditions are “just right”. But to the best of our abilities, it’s probably best to evade H.A.L.T times.

On the issue of “lonely” times in marriage (which most all of us experience here and there… some of us more than others), Dr David Hawkins, in the Crosswalk.com article titled, “Before Conflict Occurs, H.A.L.T.” gives this explanation:

“When lonely we are often dispirited and not in a mood compatible with discussing ‘high voltage’ issues. When lonely we often feeling rejected, abandoned and are more apt to be overly sensitive.”

And he’s right. (You can read more about this and the other points in the link provided above.) When lonely, we’re more susceptible to ramp up our own arguments. There can be a tendency to run right over the other person because of our immediate neediness. So, don’t approach your spouse to discuss an important matter (if it can be avoided) when he or she is feeling lonely, hungry, angry, or tired. It’s just good, common sense.

Learning From Our Mistakes

I wish Steve and I would have had that type of “common sense” advice earlier in marriage. And if we did, I hope we would have applied it. Just because you know what you should do, it doesn’t mean that you will. You can have all the right tools at your fingertips, but if you don’t use them, they won’t do you any good. (That’s another piece of good advice.)

And then there’s the “Pencil Method.” It’s just another good tool that can be used when you and your spouse are disagreeing about something. This comes from the book, Happily Ever After: A Real-Life Look at Your First Year of Marriage . . . and Beyond

written by Toben and Joanne Heim. The following is what they recommend (and so do we).

1. Whoever holds the pencil gets to do the talking.

2. The other person may ask clarifying questions but that’s all.

3. Flip a coin and get started.

4. Whoever has the pencil should try only to make feeling statements — “I feel this way when you …”

5. After the person with the pencil has said all he or she has to say, pass the pencil.

Here’s a further insight from Toben, concerning this tool:

Do you think couples should seek counseling for conflict?

This may sound too simple, but seek counseling when the pencil technique or its equivalent doesn’t work. If you’re trying to listen to each other but it just isn’t working, or if the issue is so hot that you’re simply unable to listen to each other, then it’s time to get a third-party mediator to help you work through it. Some couples may think it’s a sign of weakness to get that kind of help, but just the opposite is true. It’s a sign of strength. I have couples that come to me for help after 15 years regarding an issue they’ve struggled with for every one of those 15 years. And others come in after a month of marriage. Who do you think is better off?”

Obviously it’s better for couples in the “wet cement” years to get the needed help. That’s when it’s easier to change bad habits. But it’s like the old saying goes, “it’s better late, than never.” We’ve seen couples that are married 30 – 40+ years make important changes, even though it’s more difficult. But oh, how glad they are that they did the hard work to do so. It’s better to have a few good years together than no good years. It takes a lot of hard work and great heroism, as far as I’m concerned, for them to do so.

Now, on the matter of it being a “Pencil Method” I want to give a few additional insights that Steve and I think are important.

First off, you don’t have to use a pencil. It could be a problem if one or the other of you could be tempted to use it to point at the other during emotional times. You can use a coin, a pillow, or a stuffed animal (one that could bring humor into the situation to off-set some of the seriousness of the moment), or something else. It’s not WHAT you use, but rather the purpose intended, which leads me to the next point.

This method is used to get couples to slow down a bit —to both listen, and to speak so your partner truly hears your side of the matter. When it’s not your “turn” to speak, it’s not a time to shut your hearing off, and ramp up your thinking to accumulate other arguments to throw out at your “partner” when given the opportunity. It’s like what Gary Smalley said, concerning working through our disagreements with our spouse:

“We have to get rid of the, ’How-can-I-get-you-to-shut-up-and-listen-to-me?’ mindset and replace it with a ‘What-can-I-do-to-create-a-safe-place-where-understanding-can-take-root-and-grow?’ attitude.”

Even this method can be abused (or any other). If you use it as a time to blast each other back and forth, you’re missing the point. This method isn’t about giving you each a stage to stand upon so you can have uninterrupted time to hurt your partner. It’s about bringing civility and kindness into your times of disagreeing. We’re told in the Bible “Be kind to one another, tender-hearted…” Isn’t that a HUGE point we often forget when we disagree with each another, particularly in marriage?

“When in the Listener role, be sincere in your effort to show you are listening carefully and respectfully. Even when you disagree with the point being made by your partner, your goal is to show respect for and validation of his or her perspective. That means waiting your turn and not making faces or looking bored. Showing real respect and honor to one another is the goal. You can disagree completely with your mate on a matter and still show respect. In fact, we are told in scripture to show respect no matter what (See: 1 Peter 2:17). Just wait until you have the floor to make your points” (Concerning the Speaker-Listener Technique from the book A Lasting Promise

You may want to argue that this seems to “contrived”. It’s possible to think that it slows you down too much when you’re in the middle of a disagreement. That’s what one argumentative spouse told us when we suggested that he and his wife should consider using this method. We also recommended the “Listener/Speaker Technique.” (It’s posted on this web site in the Communication Tools topic.) Their arguments were getting so heated that they bordered on abuse —shooting back and forth both ways.

As I told him, that’s the point. They were both so fast in rattling off their arguments, resorting to “in-your-face” methods that they NEEDED to slow things down. They needed to consider what they were saying and LISTEN to each other. Here is a couple, who both love Christ. Yet they were yelling and screaming at each other, in ungodly ways. And trust me, others noticed it… those of the faith, and outside of the faith. They were anything but “kindhearted” towards one another. And they were forgetting to “keep a tight reign” on their tongues (as we’re told to do in Colossians 3:14).

Use These Communication Methods to Be More Kindhearted

My point is that sometimes we need to use these types of methods. Above all, we need to make sure we are more considerate and kindhearted with each other. This is important even when we are in the middle of disagreements.

There are more “Tools” you can consider using in the Communication Tools topic. Glean through them to determine what you can use, and don’t use what doesn’t work for you. Use the tools that will help you to “speak the truth in love.” And please tell us about them so we can pass them along. But above all, “Put on love” as we’re told to do in Ephesians 5:1. Every one of us —ESPECIALLY followers of Jesus Christ, whether we’re married or not, needs to remember: