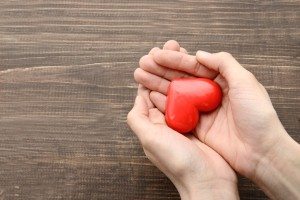 Five little words that mean so much, “How can I serve you?” They bring such a relief when Steve says them to me. It happens usually at a time when I’m running around frantically trying to get everything done. And then he comes up with them… “how can I help… how can I serve you?” WOW!

Steve didn’t always ask that type of question. We both went through our selfish times (and still do sometimes). But thankfully, after 45+ years of being married, we’ve both learned better. The Lord is a very good teacher when you ask and then allow Him to be.

Different Approaches to Helping the Other

We had real problems when one of us would be working like crazy and the other would think it’s okay to watch TV, or go to bed early while the other one stayed up to finish what needed to be done.

We also had problems when the expectations were pretty high, as far as getting some help. That’s when one of us expected the other to read my mind. (Oops… I’m thinking you can guess who on this one.) Eventually, I realized that Steve really didn’t “get it” as far as the lop-sidedness of some of our working situations. I would think if he came into a room and saw that I was overwhelmed with work, that he would pitch in and help. But I assumed wrong.

I also assumed wrong, in thinking that once I finally did say something (sometimes not too “nicely” or respectful —which was wrong), that he would just look around and know what would be best to do first, in helping. He didn’t. And I didn’t just give him the benefit of the doubt and actually state (nicely, and respectfully) that I needed his help. I didn’t tell him what would be best for him to do to help me. It’s called giving “grace” to one another.

Finally, after years of arguments, and heated “discussions” Steve came up with the idea. The solution is just to ask. Brilliant! Why hadn’t we thought of that before? I know it should have occurred to us long before it did, but it didn’t. The first time those 5 little words were said to me, with a sincere heart, I was almost bowled over with surprise. I was also thrilled! This is what I needed.

To Serve One Another

). So it comes pretty natural for me to be a worker who serves others. But Steve had to stretch a bit to do that in a household situation. It doesn’t come as naturally. He has other gifts, but that’s not his first thought —to help out around the house when it’s needed. That’s why it means all the more to me that he does it, even if I have to ask, or he has to say those 5 words to know best how to do it.

We’re told in God’s word in Galatians 5:13-14, “For you were called to freedom. Only do not use your freedom as an opportunity for the flesh, but through love serve one another. For the whole law is fulfilled in one word: ‘You shall love your neighbor as yourself.‘”

• 59 “One Anothers” of the New Testament