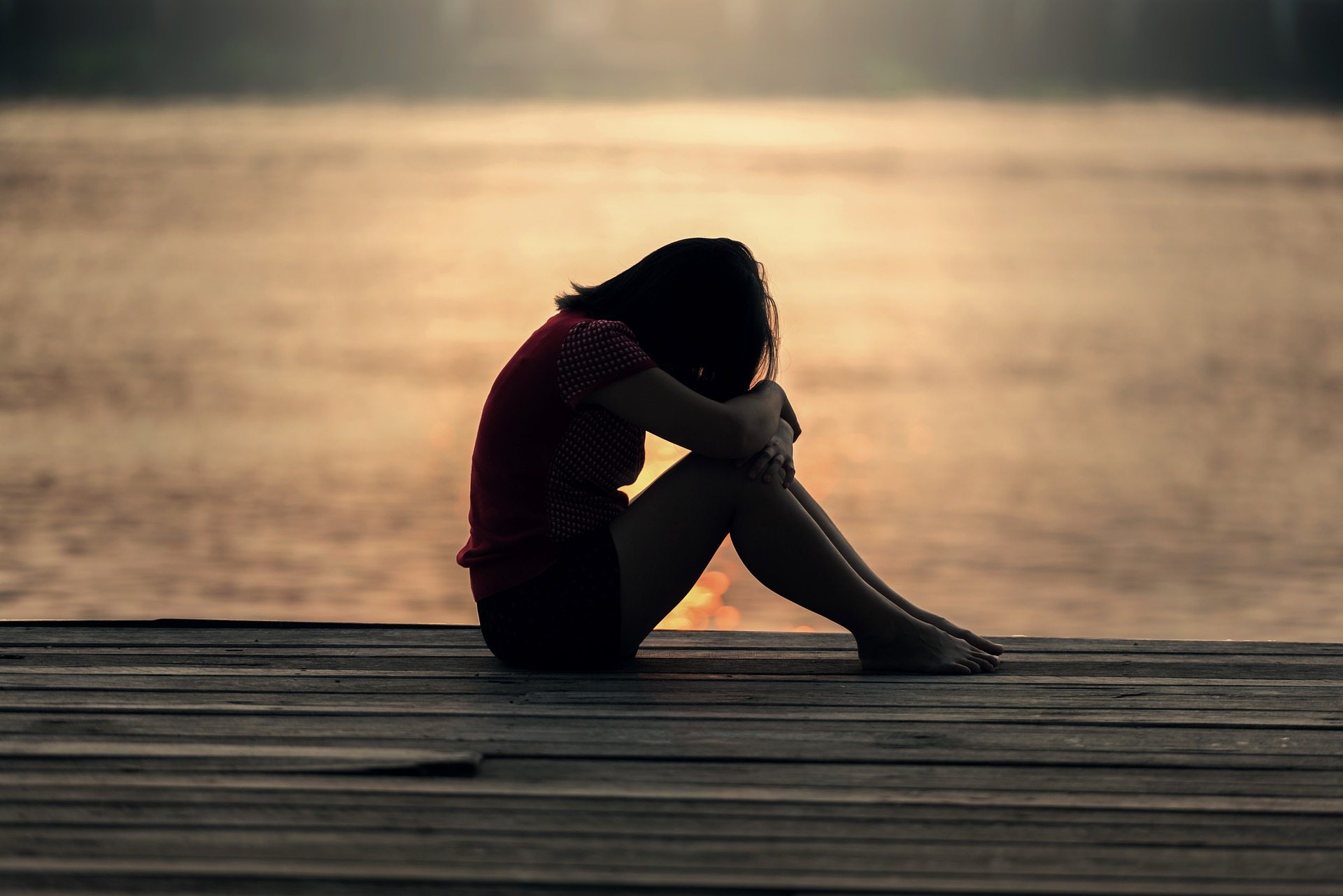 When we’ve been hurt by our spouse (or anyone else) our first tendency is to protect ourselves from ever being hurt like that again. That can be a good instinct. But then temptation enters in to become bitter, and wallow in unforgiveness because of the victimization we feel.

Sometimes bitterness comes upon us quickly and we instinctively grab onto it. And other times it seems to “sneak” up on us over time like a thief. It then steals away our peace and changes who we are from that day forward.

Bitterness is a natural emotional tendency we can fall into when we’ve been severely hurt. But the Lord often tells us to go against our natural tendencies —especially when we’re holding onto bitterness. He tells us to let go and forgive. This isn’t because God doesn’t understand why we would feel this way. And it isn’t that He doesn’t feel compassion for us. But because He has a bigger plan involved —a plan we may never understand this side of heaven —He’s asking us to trust Him with this.

He also tells us to allow Him to deal with retribution instead of us. We’re told in the Bible:

“Do not repay anyone evil for evil. Be careful to do what is right in the eyes of everybody. If it is possible, as far as it depends on you, live at peace with everyone. Do not take revenge, my friends, but leave room for God’s wrath. For it is written: “It is mine to avenge; I will repay,” says the Lord. On the contrary: ‘If your enemy is hungry, feed him. If he is thirsty, give him something to drink. In doing this, you will heap burning coals on his head.’ Do not be overcome by evil, but overcome evil with good.” (Romans 12:17-21)

Keep in mind that just because we don’t see God taking revenge in the timing or the manner we think is appropriate, it doesn’t mean it won’t happen in the future. It’s a faith-walk we’re traveling on this side of heaven. There are times when we just have to trust God for that, which we don’t understand. As we’re told in Proverbs 3:5-6:

Trust in the Lord with all your heart and lean not on your own understanding. In all your ways acknowledge him, and he will make your paths straight.

Yet it’s so difficult to trust and then to forgive those who have hurt us. It’s all the more difficult when the person isn’t repentant. This requires monumental resolve to refrain from inflicting the pain upon them that we want them to experience. We want to see for ourselves that they suffer. But when God tells us to do something, our reasonings don’t excuse us from doing His will. He is God and we are not. He does things differently than we do. As we’re told in Isaiah 55:9:

It might be helpful to think of it in this way:

“Biblical forgiveness always insists on personal moral responsibility. But it transfers the right of retribution to the One to whom this rightfully belongs. When I forgive an offender, I do not decide he couldn’t help what he did to me. Rather, I decide that it’s not my place to pay him back. God alone has this right because all sin is first of all an act of rebellion against Him. And for that reason He is the only competent moral Judge.

“In transferring this crime to a higher court, I am not overturning justice. I am cooperating with God’s perfect justice.” (Gary DeLasmutt)

Forgiveness is to be given unconditionally. And revenge is “transferred” to God to take care of, because we’re told to do so by our Heavenly Father. We can trust Him that justice will be served someday. That’s the way it is. It’s all part of our faith-walk here on earth.

But it’s also important to realize that in giving forgiveness, it doesn’t mean the person is totally free to victimize us again. And it doesn’t mean that we must trust them just because we’ve forgiven them. Trust is something they need to earn. God has not told us to put trust into those who don’t deserve it. Reconciliation isn’t a requirement of forgiving the other person. Reconciliation is something the other person must work through with you. But holding onto unforgiveness or bitterness isn’t something we’re allowed to cling onto.

I believe part of the reason for this, is for our own protection. Unforgiveness and bitterness hurts the victim more than it hurts the person who caused us harm. It changes our whole countenance, the direction of our thoughts, and our actions. It eats up our joy and consumes the peace we can have within, if we don’t release it. And it usually spills over and hurts others as we share those emotions with them. We often take it out on them in some way because we can’t seem to hold our bitter emotions in as time progresses.

Studies have also shown that it also takes its toll on our health. It causes all kinds of physical ailments because of the toxicity, which bitter emotions emit into our bodies.

Releasing US as a Prisoner

God requires us to get rid of any bitter and unforgiving feelings we may be holding onto. We’re told in Hebrews 12:14-15:

Make every effort to live in peace with all men and be holy. Without holiness no one will see the Lord. See to it that no one misses the grace of God and that no bitter root grows up to cause trouble and defile many.

We’re also challenged in Hebrews 12:1-3 where it is written:

Therefore, since we are surrounded by such a great cloud of witnesses, let us throw off everything that hinders and the sin that so easily entangles. And let us run with perseverance the race marked out for us. Let us fix our eyes on Jesus, the author and perfecter of our faith, who for the joy set before him endured the cross, scorning its shame, and sat down at the right hand of the throne of God. Consider him who endured such opposition from sinful men, so that you will not grow weary and lose heart.

So, we’re to trust God, forgive those who hurt us, and not become bitter or take revenge, even when we don’t understand all the reasons behind any of those actions. It’s trusting God’s heart and motives. And it’s applying whatever “faith” we have to the whole matter. An acronym for “faith” is: F.A.I.T.H. = Forsaking All I Trust Him!

The question is, do you? Do you trust Him, even when you don’t understand what He’s doing? Do you do this even when He hasn’t let you in on His plan? And, WILL you? Will you put your trust in Him?

But there’s one more thing required of us that’s really difficult. Will you thank Him, despite the pain? Will you live out what it tells us to do in 1 Thessalonians 5:16-18? In those verses we’re told to:

Be joyful always. Pray continually. Give thanks in all circumstances, for this is God’s will for you in Christ Jesus.

That’s really difficult isn’t it? It’s difficult enough to trust, forgive, not become bitter, not take revenge, but to be joyful, despite the hurt and give thanks for what has hurt us. It seems almost cruel that God would ask us to go that far. The “praying continually” part isn’t so difficult. And even the joyful part can be possible, because even in the midst of tears we can often find some things to take pleasure in. But to give thanks in ALL circumstances —even the ones that have hurt us so very deeply, seems impossible!

Keep in mind, “God never did anything to you that wasn’t FOR you” (or for others in the grander scale of things).

And most often it isn’t something that God did TO you that you’re suffering from. But rather it’s something He ALLOWED to happen, for whatever reason He has decided. It’s another thing we have to trust Him with. We live in a fallen world. When the world fell into sin, even the innocent began to suffer the consequences of hurtful things. God doesn’t promise to protect us from every “trouble” that comes our way.

I have told you these things, so that in me you may have peace. In this world you will have trouble. But take heart! I have overcome the world.

In other words, we can count on having troubles in this world. Again, we live in a fallen world. People make stupid and sinful choices that hurt those who are innocent. God hates sin and the consequences. But He has promised us that we can have peace if we trust Him. And we can allow Him to redeem that, which hurts us. We can also be confident that He has overcome the world. In the final scheme of everything that happens, we can have peace.

23 responses to “DESPITE BEING HURT: Gaining A Positive Attitude”