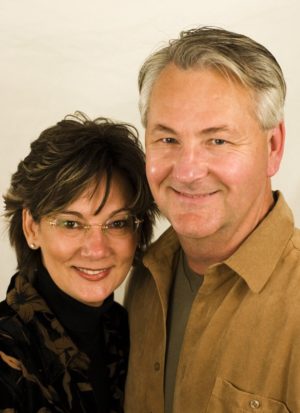 The following is a true testimony written by Nancy Anderson edited from the excellent book, Avoiding the Greener Grass Syndrome

. Nancy tells what happened to her marriage with her husband Ron after it was discovered that she was having an affair with another man she had worked with. After a long series of circumstances including leaving her husband for a period of time, she eventually came to the realization she wanted to work to put their marriage back together again.

Despite all she had done, her husband graciously agreed to do so. When she called her parents and gave them a tearful confession of what had happened, her parents affirmed their love for both of them and expressed interest in helping them rebuild their marital relationship.

After traveling a long distance to their home this is what Nancy wrote:

We arrived at my parents’ home late in the evening. After a lot of hugs and a few tears, we went into their family room. After the usual small talk, my Dad spoke the unspoken. “What’s your plan?”

My husband, Ron, leaned forward and said, “Plan? Plan for what?”

“You two are going to have to figure out why your marriage fell apart, how to fix it, and how to make sure it doesn’t happen again.”

Ron replied, “Well, I don’t know if we need to do all that. I don’t even want to talk about what she did. It’s too painful. Nancy’s back home now — we’ll just move on from here.”

Dad continued, “It doesn’t work that way. If you rebuild a house on a cracked foundation, it might be all right for a while; might even feel solid and stable. But when the storms come, the crack will split the house. And the Bible tells us that a house divided won’t stand. If you don’t repair the foundation of your marriage, it won’t survive. The memory of Nancy’s betrayal and the guilt you’ll force her to carry will be unbearable—for both of you. I don’t think you’ll be able to move on until you, Ron, make one of the most important decisions you’ll ever make.”

“What decision is that?”

“Has Nancy told you she’s sorry for what she’s done?”

“Yes, she has apologized to me several times.”

“Did she ask you to forgive her?”

“No, not in those exact words.”

Dad turned to me and continued, “When you tell someone you’re sorry, it’s very different from asking for their forgiveness. Your ‘sorry-ness’ is your decision. But when you ask someone to forgive you, that’s their decision. It’s difficult because it gives all the power to the other person.”

“That’s a scary thought,” I said, without meaning to say it aloud.

Then he spoke to Ron, who looked confused and apprehensive. “When you forgive someone, you make a choice to banish the offense from your mind and your heart. Jesus said that after He forgives us, our sins are as far away as the East is from the West. In other words, they are pardoned. Not because we’re not guilty, but because we are. Our pardon is undeserved — it’s a gift to us from God.”

He continued, “If you decide to forgive Nancy, you can never use her sin against her. God will give you the strength to start a new life together. If you choose not to forgive, if you want to hold on to the pain, or punish her, and keep her wound open, that will be your choice. But if you choose that, I don’t think you’ll stay married. You have biblical grounds to divorce her, but you don’t have to. It is your decision. I want you both to pray about what I’ve said, and make your decision. We will continue this conversation in the morning.”

After a long and restless night, we met again. The three of them were sitting at the kitchen table, waiting for me. I felt like the adulterous woman wearing the Scarlet Letter on the way to her hanging. If Ron would not forgive me, the noose would tighten around my neck and the floor would seem to drop away. I was completely at his mercy.

Avoiding eye contact, I sat directly across from Ron. I asked my dad, “How do we do this? I want to ask Ron to forgive me, but what do I say?”

“If you’ve decided to ask Ron’s forgiveness, tell him what you want to be forgiven for, and then simply ask him the question. Ron will decide whether to forgive you or not. You ask; he answers. It’s the simplest thing you two will ever do — and the hardest.”

Ron had his head down so I couldn’t read his eyes. I thought, “What if I ask Ron for mercy and he denies me? What am I going to do if he starts to lecture me or list off all my sins?”

I looked over at my sweet, wounded husband and saw the wide-eyed face of a frightened twelve-year-old boy. I spoke quickly so that I wouldn’t lose the safety of the moment. “Ron, I’ve betrayed you mentally, spiritually, and physically. I’ve lied to you and deceived you. I have no defense, no excuses. I’ve sinned against God and against you. Can you — will you please forgive me?”

He leaned forward, never letting go of my eyes. The little boy was gone as my strong and confidant husband took my hands in his and said, “Nancy, we’ve both done and said terrible things to each other. Our marriage was a mess — and a lot of it was my fault. But I take a stand today to change all that. You have betrayed me, but I choose to forgive you.”

We both began to cry and our tears mixed with divine love that flowed through the room. Our hearts were knit together—as one. We began again with a new, solid marriage foundation.

After we made the decision to reconcile and reform our marriage, we immediately sought advice from many different sources. We went to a Christian marriage counselor, who helped us learn to communicate more effectively. We also read several books about “starting over” and attended some marriage retreats and workshops.

One of the most important things we did was join a wonderful church and faithfully attend worship services and adult Sunday school classes. We received solid biblical teaching from a godly pastor, and we acted on his instruction.

The transformation was a slow process. We’d developed many destructive habits, and some of them took years to die. We decided to stay together and act lovingly toward each other, and eventually our feelings caught up with our actions. We learned that married love is not a feeling. It is a decision — and we decided to love each other.

Since our reconciliation in 1980, we’ve completely rebuilt our marriage. We had to destroy the old foundation—selfishness—and rebuild upon the rock—Jesus. We used a perfect blueprint—the Bible—and now our home stands firm.

The man in the parable placed a hedge around his vineyard. Why? Several reasons: to protect it from intrusion by animals and thieves; to keep his vines inside his vineyard; and to separate his territory from his neighbor’s.

A hedge makes the statement, “Private Property, No Trespassing.” The symbolic hedges around our marriages serve the same purposes. As married couples, our goal, as co-owners of our vineyard, is to keep the good things in —and the bad things out.

I also refuse to entertain the stray thoughts anymore. Instead, I replaced them with images of the new life that Ron and I were building. I also discovered that encouraging others with our story of restoration gave a purpose to our pain. This summer, we will celebrate our 27th wedding anniversary and I’m thrilled to tell you that our marriage is strong, loving, and healed.

Adapted from the book, Avoiding the Greener Grass Syndrome

, published by Kregel Publications. As some reviewers have said —which we agree, “This is wisdom born of tragic but genuine experience. Because Nancy Anderson nearly ruined her marriage due to infidelity, she truly knows the misery that an affair can cause. Her honesty, vulnerability, and repentance provide marital lessons guaranteed to revitalize and strengthen couples who are susceptible to the lure of an affair. She does a terrific job telling her compelling U-turn story of rebellion, repentance, and restoration.” This really is a very good book for every Christian couple to read! We highly recommend it.

Author Nancy Anderson and her husband, Ron, conduct couples’ retreats and marriage seminars to help others to predict, prevent or pardon infidelity. You can read more from Nancy at NancyCAnderson.com.

147 responses to “Forgiveness And Restoration After Adultery”