The question below concerning in laws being hostile is answered by Dr. Jay Kesler: 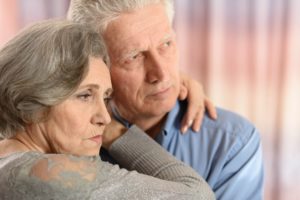 My wife had a wonderful relationship with her mother all the years she was growing up. That is, until my wife became a Christian. Now her parents are openly hostile toward us, and communication is virtually impossible. Even though we love her family and continue to get together with them, my wife is really distressed over the fracture in this relationship. What can we do?

Most likely one of two things is going on in your fractured relationship. The first is referred to in the New Testament as “the offense of the cross” (Galatians 5:11). Your wife’s parents may fear Christian faith because of the implications it has for their own lives. They might be resisting Christianity because they don’t want to change their behaviors and lifestyle.

But it’s more common for people to react negatively due to a false understanding of Jesus Christ and Christianity. Your in-laws appear to be hostile to the Christian faith, but their definition of Christianity may have been twisted by unfortunate experiences with people who claimed to be Christians but whose actions were repugnant.

A man once accosted me after a church service to announce, “I don’t believe in God, and I hate churches.” I said, “Tell me what God you don’t believe in. Maybe I don’t believe in Him either.” The man described his mother’s family, who had all participated in a backwoods folk religion full of contradictions, legalisms and heresies. “If Christianity were presented to me on that level, I wouldn’t touch it with a ten-foot pole!” I told him. “But do you have the time, the energy, and the honesty to really examine the New Testament?”

We spent a couple of hours together and parted amicably. This man wasn’t fighting against God, but against a caricature of Him.

When it comes to talking about Christianity with a person who is fighting against a warped idea of our faith, it’s like trying to untangle a big knot by pulling on one end of the string. The more you try —especially by arguing or defending —the tighter the knot gets. The only way to untangle the knot is with authenticity.

Your life will have to show the difference between genuine Christianity and your in-laws’ false understanding of it. It sounds as if you and your wife are already on the right track. You continue to love her parents and get together with them.

There comes a time, especially in family relationships, to quit talking about one’s Christianity and just live it. Then let the Holy Spirit do His work. Over time, the quality of your lives will have an effect on your in-laws.

Perhaps they’ll find themselves saying, “Well, I can’t stand religious people. But my daughter is a Christian, and she really is a lovely person and a wonderful daughter. She’s an exception to the rule.”

Sooner or later, they may realize there could be many such “exceptions” and that their analysis of Christianity has been unfair.

This article appeared in the book, The Healthy Marriage Handbook

, published by Broadman & Holman Publishers. In this insightful book you’ll find more than 200 confidential, personal questions that real people asked the editors of Marriage Partnership. “It’s almost like having a trusted, wise couple come alongside to help you clear the hurdles husbands and wives encounter. This advice is offered with compassion and understanding. And most importantly, it’s based on the counsel of God’s Word, the Bible.”

3 responses to “In-Laws Who Are Hostile To Christianity”