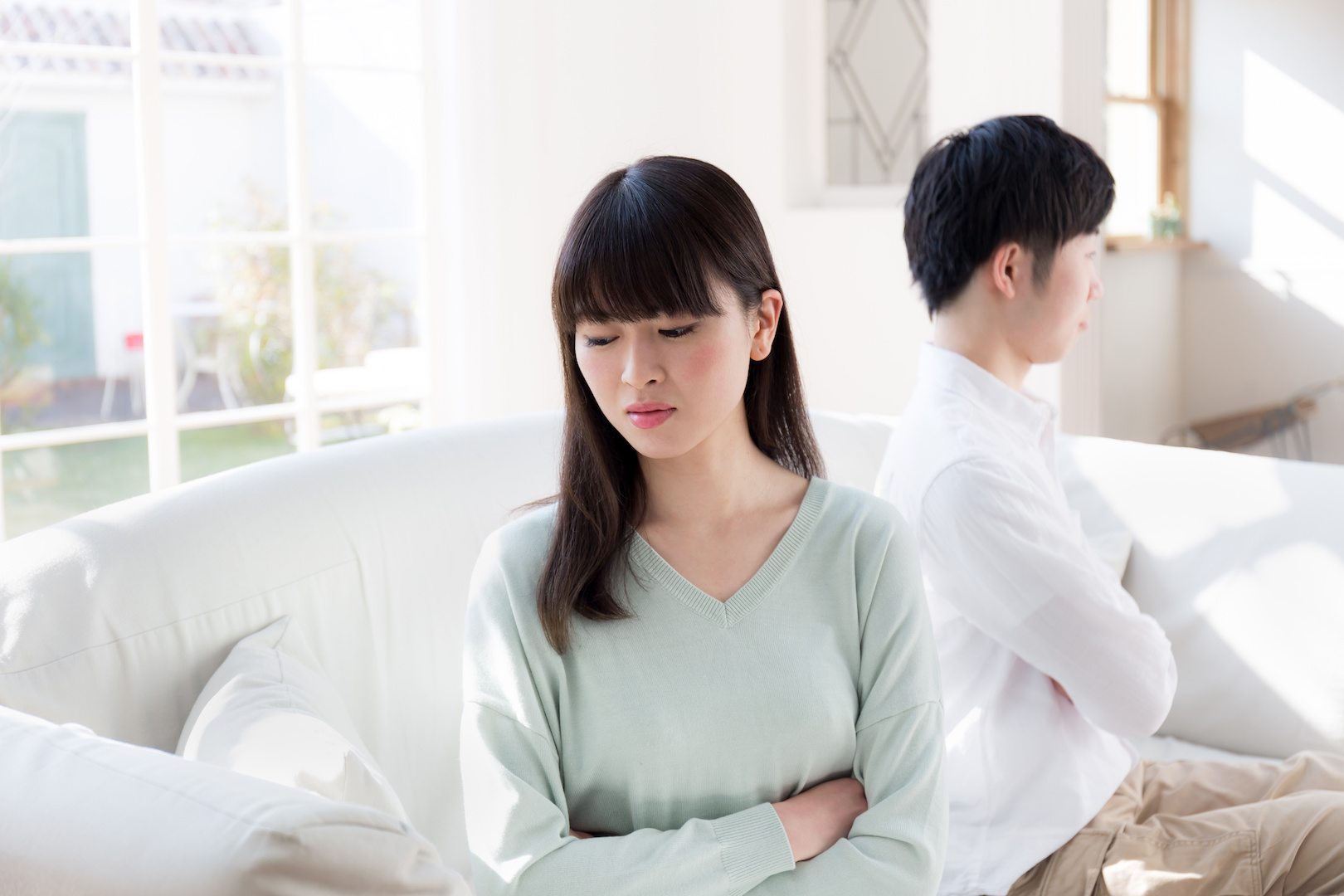 Do you judge your spouse’s intentions when he or she does something that irritates you? Of course you do! We all do it! We consider whether they truly intended to irritate or hurt us or not. Sometimes we believe the better about them and move on. Other times we start stewing about the incident. We question their intelligence and wonder, “What were they thinking?” But then there are other incidences when we can fall into the habit of thinking the worst about their intentions. We start to project that he or she knew what they were doing, and they didn’t care.

Have you been there? Unfortunately, we have. And a myriad of other couples have been there too (many of them are now divorced). We’ve talked to many of them, and so has Shaunti Feldhahn.

A while back we pointed out a Focus on the Family radio broadcast that was impactful. Jim Daily was interviewing marriage researcher and author Shaunti Feldhahn in a program titled, “Uncovering the Secrets to a Happy Marriage.” The interview was based on Shaunti’s book, The Surprising Secrets of Highly Happy Marriages. (It’s truly an eye-opening book.) In this book Shaunti gives 10 Surprising Secrets she gathered from a multitude of couples she surveyed. She shared several of them in this particular radio program. Here’s the one she pointed out concerning this issue. The following is a portion of what Shaunti said on:

“I think the thing that is the biggest prerequisite, is you have to believe the best of your spouse’s intentions when you’re hurt. I did huge research [with 1,000 couples] with a nationally represented survey. And I found that these really happy couples, when they were hurt and everybody gets hurt, right? When a normal average couple is hurt, the natural human tendency is to think, oh, he knew how that would make me feel. But he said it anyway, right? It’s really subconscious. You don’t realize what you’re feeling is, that he doesn’t care.

“In the happy couples I noticed this completely different trend. They basically would say to themselves, ‘Ow! Yeah, that hurt, but I know he cares about me. I know he loves me, so he must not have known how that would make me feel or he wouldn’t have said it.’ It was a totally different way of looking at it. In almost 100 percent of cases on my survey, even in the most struggling marriages, everybody really cares about their spouse. But if you want to be happy, you have to let yourself believe it.”

That’s an important point, to consider, isn’t it? But there’s more. Shaunti goes on to point out what we’re told in Philippians 4:8-9.

You might wonder what this has to do about judging our spouse’s intentions. But What’s astounding is that the Apostle Paul wrote these words from prison. Previously, he wrote telling us to “Rejoice in the Lord always.” He also wrote, “Do not be anxious about anything.” That’s hard stuff to consider, no doubt! Here’s what Shaunti says about this that wraps it together:

“You think, okay, you were in prison while you’re saying this, Paul. You’re chained to a wall. How do you rejoice in a prison or in a difficult marriage? And the answer comes in verse 8, just a couple verses later. He says, ‘Here’s how you do it. You think on the best instead of the worst.’

“You think on the things that you can appreciate about your spouse, rather than what is really an issue. For example, one of the things that I saw in these happy couples, which just blew me away, is these really happy couples had issues just like anybody else. There were all of these issues and yet, they were enjoying their marriage.

“And I was noticing what made this big difference, was when they legitimately had an issue, like, ‘I wish this wasn’t an issue’ she’s [he’s] choosing to focus on what is lovely, rather than what is legitimately an issue. It doesn’t mean you ignore the problems. But it does mean that you can change how you feel about your whole marriage.”

But What If Our Spouse’s Intentions Are Not Pure?

You may wonder what to do when your spouse DOES do something to purposefully irritate you. Of course, you need to talk about it. When there are abuse, infidelity, mental illness, and other extreme issues, you will have to approach things from a different angle than you would otherwise. But for every day irritating issues your approach is different in light of Philippians 4. We like what Dr Emerson Eggerichs writes about this matter:

“No one gets married thinking, I want to make my spouse miserable. [There are a few exceptions.] Nearly everyone enters marriage with the very best of intentions. Unfortunately, when we feel unloved or disrespected, we often start judging motives rather than seeing the person’s best intent. So whenever our spouse’s good intentions fail to produce loving or respectful actions, we have a choice. We can either believe the best about our spouse or to question his or her heart.” (From the Focusonthefamily.com article, Believing the Best About Your Spouse, which we encourage you to read in its entirety)

With that thought in place, Emerson then goes on talk about the other side of all of this:

“Though we are good-willed people, sin still holds us in its grip. We all have moments when we are selfish, needy or even mean and spiteful. When your spouse shows his or her sinful side, it is easy to label him or her as ‘evil-willed.’ But your spouse’s temporary nastiness must be distinguished from evil character.

“Your angry spouse might temporarily not wish you well. But these exceptions don’t do away with your spouse’s overall character and good intentions. You can still choose to see the best in your spouse. And when you sit down to discuss his or her actions in a respectful and loving way, you’ll probably discover that the unloving behavior was triggered by an emotional wound or unmet need. Most anger and meanness in a marriage stems from pain or disappointment, not malice.”

In all of this, it’s important that you’re “Bossing Your Feelings” into the place they should go. (We discussed this in a previous Marriage Insight.)  We’ve had to do this many, many times in our own marriage.

I can remember a season in our marriage when I thought Steve was just trying to irritate me by doing things a certain way. To me, it made no sense every time this issue would come up and he would approach it entirely different than I would. I truly thought he was trying to make me angry. And yet this made no sense to me. Steve was (and is) a good guy.

And then, we took the Temperament Analysis Test when we were trying to learn more about each other. (We explain this a bit more in our book, 7 ESSENTIALS TO GROW YOUR MARRIAGE.) This test brought to light the different ways we approach various issues. All of a sudden I saw that Steve wasn’t trying to irritate me when he did these things, that’s his basic approach to life. It’s totally different than mine, but “different” doesn’t mean it’s wrong and mine is right. We just needed to give each other grace, and not judge each other. Also we needed to find a way to make both of our approaches work for our marital relationship. (We sometimes still do.) This changed everything for us. We approach our differences in a much more grace-driven way.

I’ve especially learned to be much more gracious in my assumptions concerning Steve’s motives behind what he does. Here’s a related video where Pastor Mark Gungor explains this concept:

One marriage expert pointed out that spouses often judge ourselves by our intentions. And we usually attach good motives to them. But we judge our spouse by their actions. And many times we’re not as generous with their motives as we are with ours.

And that’s what we’ve learned. Here are a few pointers on this matter:

• Leave the judging to God.

• Give your spouse the benefit of the doubt when it comes to his or her intentions.

• If you need to, ask about your spouse’s intentions, rather than judging them without truly knowing them.

• Remember that we all sin sometimes. Look beyond at the bigger picture and give grace whenever you can.

• When you’re tempted to focus on your spouses negative traits and intentions, remind yourself of your own weaknesses. Then remember how Christ has forgiven you.

• If you need to talk about the issue that has arisen, make sure you are “speaking the truth in love” rather than in judgement. You’ll most likely get better results.

• “You’ll be more successful at building your marriage when you and your spouse start working together, instead of trying to place blame.” (From the ministry of Marriage Works!)

• Apply the principles of Philippians 4:8-9. Focus on “whatever is commendable” about your spouse and you will experience more peace in life and your marriage.

We hope this helps.

One response to “Judging Our Spouse’s Intentions”