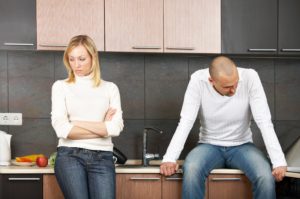 A while ago I wrote a blog titled, Dangerous Assumptions, because it was heavy on my heart. I thought I had thoroughly covered the issue. But I was wrong. Today, during my quiet time with the Lord, He let me know that there was more that I needed to say on this subject.

And then this morning I was in a group with a gal who was publicly confessing that she realized that she had judged her husband’s motives for something. The Lord convicted her that she was wrong in doing so. It wasn’t the truth.

When I asked her if she had held, “preconceived assumptions” about her husband, she quickly said, “yes, that’s it. I judged him, without giving him the benefit of the doubt.”

Sadly, I think that most of us have done this. I confess that I have (even recently), much to my regret.

Having preconceived assumptions about something, is where you’ve already formed an opinion over the matter or the motives behind what has happened, before you have evidence that it’s actually true.

As it pertains to marriage, these assumptions cause problems because we’ve essentially taken “snapshots” of past events, or of motives we think our spouse has. We have then have glued them into a type of photo album, or memory book in our minds. From “this day forward” we then judge our spouse’s motives and actions accordingly. What’s said is that they may or may not be true. And when it’s not true, it’s unfair, and hurtful.

Sometimes those assumptions can be helpful (when danger is involved). But many times, when abuse isn’t involved, they can complicate matters all the more, when those judgments are wrong. We need to be careful of the opinions we hold onto so tightly.

I’ve been watching close family members do this to each other and it’s disturbing. When someone has decided that the other has evil motives lying behind what they’ve done, it doesn’t matter what they do, they will be judged that they are wrong. The offended spouse believes they are right in their judgments (whether they are or not), and that’s that!

As a result, reconciling those differences is made all the more difficult (sometimes impossible if the one “assuming” spouse remains closed-minded).

I could go on and on about what I see happening in these situations. They are very complicated. This is because of past hurts, the idiosyncrasies of the personalities involved, and other dynamics that distort what appears to be happening. But that would be too much to go into, within this forum. Instead, I just want to send out a warning for you (and for me).

What you and I see sometimes on the surface of matters, isn’t always the truth. We see things on a very one-dimensional level. Unless we recognize that, we can fall into the trap of making assumptions, that we shouldn’t. Only God can see all the sides of what is involved in relationship dynamics. He can also see into the heart, which we can’t.

When we’re faced with a relationship problem that is growing worse and worse, we need to stop and acknowledge that there could be more to what we see than we are immediately perceiving. When we find ourselves going down unnecessary rabbit trails and dark tunnels in our minds, then it would be good to to take the simple advice a pastor once gave us. “Don’t even go there.” Yes, it’s simple advice, but it has helped me very often when I take it.

If it won’t help the situation, if it will make the situation worse where it ramps up your anger, confusion, and/or sadness to a problematic point, let go and release it to God. Ask Him to reveal truth, and help you to walk in truth, rather than human assumptions.

Most likely it will take time to get to that place (God isn’t on our time table). But in perseverance of the Truth, and to walk in the Light as He is in the light, even though darkness surrounds us, we can’t impose our agenda into it all. If we do we’ll most likely mess things up worse.

I’m reminded of scripture that God often points out to me when I am tempted to grab onto opinions that I shouldn’t:

“For though we walk in the flesh, we are not waging war according to the flesh. For the weapons of our warfare are not of the flesh but have divine power to destroy stronghold. We destroy arguments and every lofty opinion raised against the knowledge of God and take every thought captive to obey Christ.” (2 Corinthians 10:3-6)

I’ve got to destroy that, which tries to override Truth and take me and my loved ones down.

When it comes to assuming things we shouldn’t, it’s important to remember:

It can also help the situation if we pray and ask the Lord a few questions (given to me by someone —the original author is unknown):

What do You see?
What do You hear?
And what do You desire to do?
Teach us Your ways.
Show us Your wisdom.
Make the crooked paths straight before us
as You have promised, when we trust.

I believe that in prayerfully asking these questions, preconceived assumptions, that are not grounded in Truth, will be removed and we can know that God will be at work in helping us to perceive, see, and act upon that, which we should. That has been my experience, anyway. I pray it will be yours.

One response to “Preconceived Assumptions”