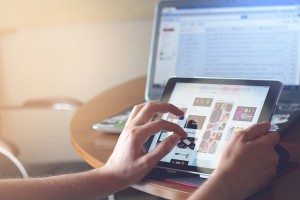 It’s something say it often. I have a love/hate relationship with the Internet. I love all of the great information we’re able to have at our fingertips –especially concerning marriage.

But then… and you probably know what I’m going to say… GRRRRRR on all of the filth and negative stuff available on the Internet! Even some of the good stuff can become harmful to marriages because of the way it’s used.

Love/Hate for the Internet

While Facebook, chatrooms (at least some chatrooms, when used properly) and social media can be great as far as finding long, lost friends, connecting to current ones, and making new friends, etc… it can also be problematic. Many who choose to misuse, and then their marriages lose. Unfortunately, a lot of marriages are breaking up at alarming rates because of the abuse of social media.

Over and over again we get the emails telling us of one spouse who “happened” to look for someone from their past. Other times they met someone new on the Internet. They were “ministering” to them and even though “they never meant for it to happen” they became more involved than they should have. And then WHAM!!! “Love” blooms, or some semblance of love, and the faithful spouse is left behind (and often children, as well).

I’ll never understand that excuse, “We never meant for it to happen. It just did.” As if that should then make it ok. What screwed up logic!

Toxic Web Sites on the Internet

I found a related quote written by Thomas Whiteman and Randy Petersen, from their book, “Your Marriage and the Internet.” It’s one I’d like to share with you hoping it will help you or someone you know:

“Moral nitpickers love the Internet. That is because social ethical standards haven’t yet caught up to the new technology. ‘It isn’t really adultery,’ they say, ‘because it’s only cybersex. We’re just talking, not touching.’ Well… okay. But don’t you have an obligation to steer your marriage clear of any such obstacles?

“Sure, wedding vows can get weird these days. But they usually don’t include ‘to honor and cherish, and make sure I only TALK sex with others and don’t actually TOUCH them.’ You can carve the legalities any way you want. But if you’re typing a detailed description of how you’d like to caress someone other than your spouse, it’s safe to say your marriage is in trouble. You are cheating. Whether you call it adultery or cyber-adultery is another matter. But you are clearly dishonoring your spouse.”

I totally agree. Even if the other spouse is not being as interactive as he or she should be, no one should allow themselves to believe the lie that because they are hurting so badly, dishonorable solutions to cheat and do that which they shouldn’t, are acceptable. They are not.

We have a topic on this web site titled, Pornography and Cybersex that addresses that issue. It also contains recommended resources that may help, if needed.

And then there’s the information junkie. You know him or her (or you). I’m talking about the person who can’t stop checking for this and that continually. This happens to the point of distraction to others, especially spouses. And that’s not to mention the other times they’re on the Internet until the wee hours of the night.

Someone was over the other day and she couldn’t set her phone aside for a moment. It’s like it was glued to her. This was all because she might miss this tweet or that text. Or it could be she felt she had to look this up or that. It was sad. Her dad was there with us, wanting to spend time with his daughter. But she was attached to all that was available on the Internet, instead. It was so sad. Sometimes social media is great. But other times it bites into the time we should be spending with real people. And marriage partnership is especially suffering because of it.

A while ago, my husband and I were at a restaurant. And at one of the tables there sat a husband and wife, with her on her phone texting away with someone while her husband sat eating his dinner… apparently alone. That’s because she sure wasn’t present. He looked very abandoned while she was enjoying herself on her phone. I wanted to yell out, “will you please be present with the one you’re with?” Even if he was normally a jerk, it’s absolutely rude on her part to do what she did. I think next time I will say something, even if it doesn’t go well. Someone needs to speak out.

FYI… We have several related articles posted in the Social Media topic. They deal with how to set up healthy boundaries on social media. We hope they help.

I’m reminded of what we’re told in Ecclesiastes. “There is a time for everything, and a season for every activity under heaven.” But there’s also a time when there are things we should NOT be doing at that time and event. Texting during a meal or a date with our mate is one of those times. It’s important to make it a priority to connect with our spouse, in mind, body and spirit, when we can.

We’re told in 1 Corinthians 6:12, “Everything is permissible for me —but not everything is beneficial. Everything is permissible for me —but I will not be mastered by anything.” There’s a whole lot of “mastering” going on with those who allow it. This type of mastering is not beneficial (at least not at that moment) when it is taking over that, which IS the best choice for the moment. Spending time with your spouse, when you can, is a better choice.

There are SO MANY good choices before us (and many, many bad ones) to make. We need to be discerning in choosing the better. Investing in your marriage is a better choice than neglecting your spouse.

And what better human “other” is there than your spouse? He or she is the one who you promised to “love, honor, and cherish” for the rest of your lives. Please remember that.

2 responses to “Love/Hate the Internet”