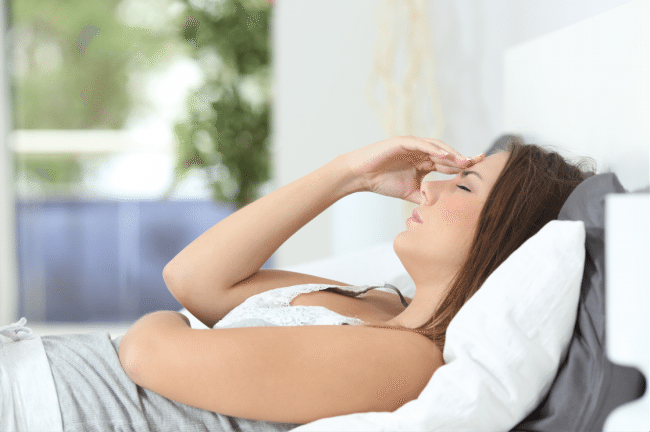 I recently listened to an interview with Julia Slattery, on a Focus on the Family broadcast concerning Julia’s book, No More Headaches

! It was SO interesting —particularly for us. We receive so many emails, and post a growing number of comments on the web site on the subject of “enjoying sex and intimacy in marriage.” It’s frustrating to have so many people crying out and yet there aren’t enough answers (on this side of heaven) to give them.

How I wish they had transcripts available because I took notes as fast and furious as I could (even listening to the broadcast twice to do so). Even so, I had a difficult time getting much I could share with you. I’ll try, but I also encourage you to listen to the broadcast yourself and read the book (which I provided a link to at the beginning of this blog). You can purchase the CD of this “No More Headaches” broadcast through the ministry of Focus on the Family at focusonthefamily.com.

In this interview, Juli and Jim Dailey (the host of the program) talked about pre-marital intimacy. It was emphasized how important it is to talk to each other before marrying about past activity and sexual hurts from your past. As Julie advises, it is best to do this in pre-marriage counseling. However, if the couple didn’t talk about it at that time, then find a time to do so, and the sooner the better.

The past does affect the present and future. How I wish we could have a “do over” button or an erase button, but of course we don’t. With Christ, we can become “new creations” so it is possible to eventually leave the past behind. Yet what I’ve learned is that almost always, God requires us to look at our past, but not to park there.

Pressing On to the Future

The Apostle Paul tells us in Philippians 3:13-14, “…forgetting what is behind and straining toward what is ahead, I press on toward the goal to win the prize for which God has called me heavenward in Christ Jesus.” Paul even goes on to say, “All of us who are mature should take such a view of things.” He also said, “let us live up to what we have already attained” and “join others in following my example.”

I understand from the original text of these scriptures, that it’s not that we are to try to erase our past, it’s just that we don’t keep living it. We use the lessons we learn to launch us forward. We are to apply the action of “straining” toward what is ahead. Sometimes that straining includes looking at our past squarely and realistically and doing whatever it takes so you don’t drag the harmful stuff forward.  It can be especially difficult to press forward when you’re carrying around the baggage of the past.

Deal With Your Past

Please don’t allow your past to taint your present life together and your future. Deal with it and lay it to rest properly. Let it die a natural death —not a prolonged and more painful one because you’re trying to ignore it thinking it will eventually go away. It won’t. You will be set free if you deal with it. If you don’t have a spouse who will support you in this process —especially if you have an abusive spouse, then let God be your main partner. But whatever you do, deal with it as fully and maturely as you can.  It will take intentionality and deliberate action. Sometimes you need a counselor to help, other times not, but get the help you need so you don’t medicate the pain through sinful choices.

I also especially appreciate what Juli Slattery said, in the Focus on the Family interview, about women who are pressed for time and lack desire. She gives some good insights to consider as to how and why it’s important to find the time. In addition, she makes some interesting and thoughtful points on reasons why a growing number of husbands seem to lack sexual desire, where the wife is the one with the desire left wanting.

Here’s a brief summary of what Juli talked about on this issue. I’ll do the best to explain, but I confess that she’s better at saying it than I am at conveying it. She explained that she has a few theories on that are important to consider. She said one reason is that we’ve seen a dramatic increase in role reversal in today’s society. In many cultures men are becoming more passive and women are becoming more aggressive and dominant. They’re degrading to their husbands making derogatory and sarcastic remarks (when alone with them and in the presence of others).

“Why risk the humiliation?” is a question many performance-oriented husbands might ask. Why risk the rejection?” So, many of them shut down and distance themselves emotionally and physically from their spouse. Others find or accept the advances of other women who “admire” them and cause them to feel valued. It’s wrong, but it’s what happens.

Now I realize that many women can get angry at this explanation for various reasons. Some have seen that in the past (and some in the present) that it was the wife who was the receiver of “aggressive and dominant” behavior. But one wrong action doesn’t merit other wrong actions. Wrong is wrong no matter who it is that commits it.

Another reason that men are turning their wives down sexually, according to Juli Slattery (and other “experts”) is that more and more men are coming into marriage with addictions to pornography (or become addicted sometime afterward). Eventually, the husbands go into or go back into, what is easy and fulfilling. The women in the pictures and videos, phone chats, etc. are inviting and can appear to be easier to receive satisfaction from, because they don’t ask the same of the men they entertain. They aren’t “demanding” and “behave themselves” and are low maintenance.

Juli likened it to men who are used to eating cotton candy (which is an easy and arousing sexual image). But now they are now facing, “eating an apple” (the wife who is real and better for him in every way, but also takes more care). The apple doesn’t seem as sweet. Again, this is wrong behavior, but none-the-less, that’s what’s happening.

There are also physical reasons for men rejecting their wives, but again, I highly recommend you listen to the interview. Julie is better at explaining these concepts than I am. I just couldn’t get all of the details that she discussed on the “headache syndrome.” I found them interesting, however.

I was also able to find a Youtube interview with Juli Slattery and Linda Dillow (who I’ve respected through the years on what she shares on Intimate Issues). This interview tells a bit about their new ministry to women, which women may want to check out:

You can find their web site at Authenticintimacy.com. Julie Slattery’s book is, No More Headaches: Enjoying Sex & Intimacy in Marriage

Kate posted another helpful article you can read on the Onefleshmarriage.com website. I encourage you to read the article, and also point others to read it:

Please know that most important issues (such as the “headache syndrome”) won’t go away by ignoring them. If you and your spouse are differing in that area of your life the problem will grow bigger than life. And most likely, it will keep growing bigger. Eventually BOTH of you will need to tend to it. Perhaps one of you needs to do more work than the other. If so, it’s time to step up and do what is needed. It’s important to not keep dragging issues from the past into the marriage.

And perhaps your spouse refuses to do his or her part, at least now, or later in the future. The thought I have for you is you can’t control your spouse. He or she SHOULD do what needs to  do for the betterment of your partnership. But PLEASE don’t let that be an excuse for doing what YOU should do. And please don’t allow yourself to believe the lie that because you hurt so badly, solutions to cheat and do that which you should not, are acceptable. They are not. Don’t lower your standards because your spouse won’t participate with you as he or she promised or should. You aren’t accountable for your spouse’s actions, but you are accountable for yours.

Do what you can, and pray for God to strengthen you through the process. Ask Him to give you favor and grace in whatever way it is possible.

If you’d like to learn a bit more on this issue of “no more headaches”, please read through the following articles:

• WHEN A WIFE DOESN’T WANT TO HAVE SEX

• SEX: When the Husband Doesn’t Want to Make Love

• SEX: When a Wife Doesn’t Want to Make Love

“And this is my prayer: that your love may abound more and more in knowledge and depth of insight, so that you may be able to discern what is best and may be pure and blameless until the day of Christ, filled with the fruit of righteousness that comes through Jesus Christ —to the glory and praise of God.” (Philippians 1:9-11)