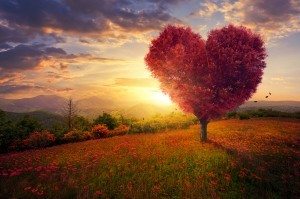 The following is a true testimony; written by Nancy DeMoss, in the devotional, The Quiet Place: Daily Devotional Readings that demonstrates this point.

“Jeannie and her husband were 5 or 6 years into marriage, and whatever feelings had once been there were long gone. Hate was not too strong a word to describe what raced through her heart whenever she was angry with him. In a desperate attempt to salvage what little was left of their relationship, they planned a Valentine’s getaway and hoped something might spark. It didn’t.”

“Yet while forcing their way through a strained, disappointing weekend, with no storybook romance to come to their rescue, they did exercise the self-control and presence of mind to make one new promise together: they would stop speaking harshly to each other. It just wasn’t worth the effort and emotion anymore. Nor would they confide and complain to friends, ‘Do you know what he did? Do you know what she said?’ Surely they could do that much.

“Not every bad situation is sure to get better like this. But it will never happen unless someone is willing to surrender their rights even in simple, basic ways.”

That’s so true. Someone has to be the hero, to replant seeds of love. Even if the other spouse never allows them to grow, it’s the right thing to do. We need to participate with God in showing sacrificial love. And often times, that love, planted, watered, and patiently waiting for it to grow, ends up blossoming into more than we ever thought possible —something revealing and reflecting the heart of Christ.

I know this to be true because it happened to us. We were so close to divorce earlier in our lives together, but then God helped us to build a new, resurrected love. It was something we never thought would be possible. You can read about it in the article:

• THE LOVE STORY OF STEVE AND CINDY WRIGHT

You can also read and watch other on line testimonies of resurrected marital love by going into the “Save My Marriage” topic:

• SAVE MY MARRIAGE TESTIMONIES

Also, here’s something that reinforces the point of following the lead of Christ, which can bring about miracles within marriages. It was featured in the July 31, 2014 devotional page in “The Word For You Today”:

What about for your spouse?

How about calling a Truce —coming together to find ways to tear down walls of conflict and instead work together to build healthy relationship bridges? Be intentional. Look for ways to be kind, and compassionate, giving grace (as you want grace given to you). Make sure you are speaking words of peace. It may be a sacrifice, but in giving it, you are being Christ-like. Keep in mind what we’re told in the Bible:

“I therefore, a prisoner for the Lord, urge you to walk in a manner worthy of the calling to which you have been called, with all humility and gentleness, with patience, bearing with one another in love, eager to maintain the unity of the Spirit in the bond of peace.” (Ephesians 4:1-3)

We pray God will bless your marriage in amazing ways as you look to Christ as Savior and Lord!

3 responses to “Resurrected Love Within Marriage”