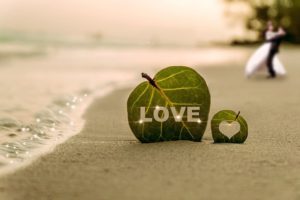 For those of us who are married, we’re all writing a marriage story. It’s one that you live and others read. But there’s question I want you to consider. “Is it a good read or one in which others want to push away?”

In my last blog, A Distant Memory, I told of two couples who didn’t realize their marriages were on display. And yet, they very much were! One marriage inspired and warmed the hearts of others. The other couple caused those around them to question why anyone would want to get married when couples, such as this one, tarnish the whole thing.

How I hope, if you are married, you are working on having a marriage like the first couple. And if you aren’t married, that you will be very careful and wise in entering into a marriage, which isn’t sustainable and healthy in its core.

But sadly, tragically, many aren’t taking this serious enough.

This last week, a comment was posted on this web site that tore at my heart. It was written by someone who brought out a tragic point —one I wish was the opposite, in its truth. I can only imagine how much this breaks the heart of God. Here’s a portion of what this person wrote:

“From what I have seen (and heard from religious and non-religious marriage therapists) throughout my career as a Solicitor in AUSTRALIA, religious couples from all faiths still hold the HIGHEST rate of divorce in this country. I had 150 cases last year. And at least 112 of them were religiously based divorces.

“…My profession doesn’t lie. And none of you are immune to the divorce statistics for this country. Question that and ask yourself ‘why is it Christians and Catholics are 10 times more likely to get divorced than someone who is agnostic and atheist?'”

This is a great question… and a sad one. It’s sad BECAUSE it’s one that should never have to be raised if we as “followers of Christ” truly understood what marriage is, and what God wants it to be. It’s as if we are prostituting this sacred institution.

While I don’t agree with what this person gave as the reason and the answer (I’m not even going to go into it here), I do agree that this is indeed a grievous situation. I believe that the reason so many religious and Christian marriages failing (I won’t even touch on the “Catholic” point this person made) is complicated.

But one of them is because those who are “religious” —those without a personal relationship with Jesus Christ, are walking upon a shifting sand foundation. (See: Matthew 7:24-27.) They have a tendency to create God within their minds into the image they want Him to be. As a result they are able to behave as THEY best see fit. Thus, shifting sand is their foundation. They don’t build upon the rock of Christ. So everything is capable of moving around to accommodate their shifting beliefs.

And then there are those who DO have a personal relationship with God through Jesus Christ, who just don’t get it. They don’t fully comprehend the sacred vow they gave. They don’t comprehend the marriage story they are living every day both behind closed doors and out where others read what they project.

Thankfully, there are some who do “get it.” Thank you Lord! How I pray there are more who WILL get it. I pray many will change their lives accordingly, to reveal and reflect the heart of Christ in every aspect of their lives, ESPECIALLY in their marriages. Marriage is a living testimony of Christ’s love for the church. So those who enter into this covenant need to take it seriously. God does!

So, what “marriage story” are you living and writing for your spouse and others to read?