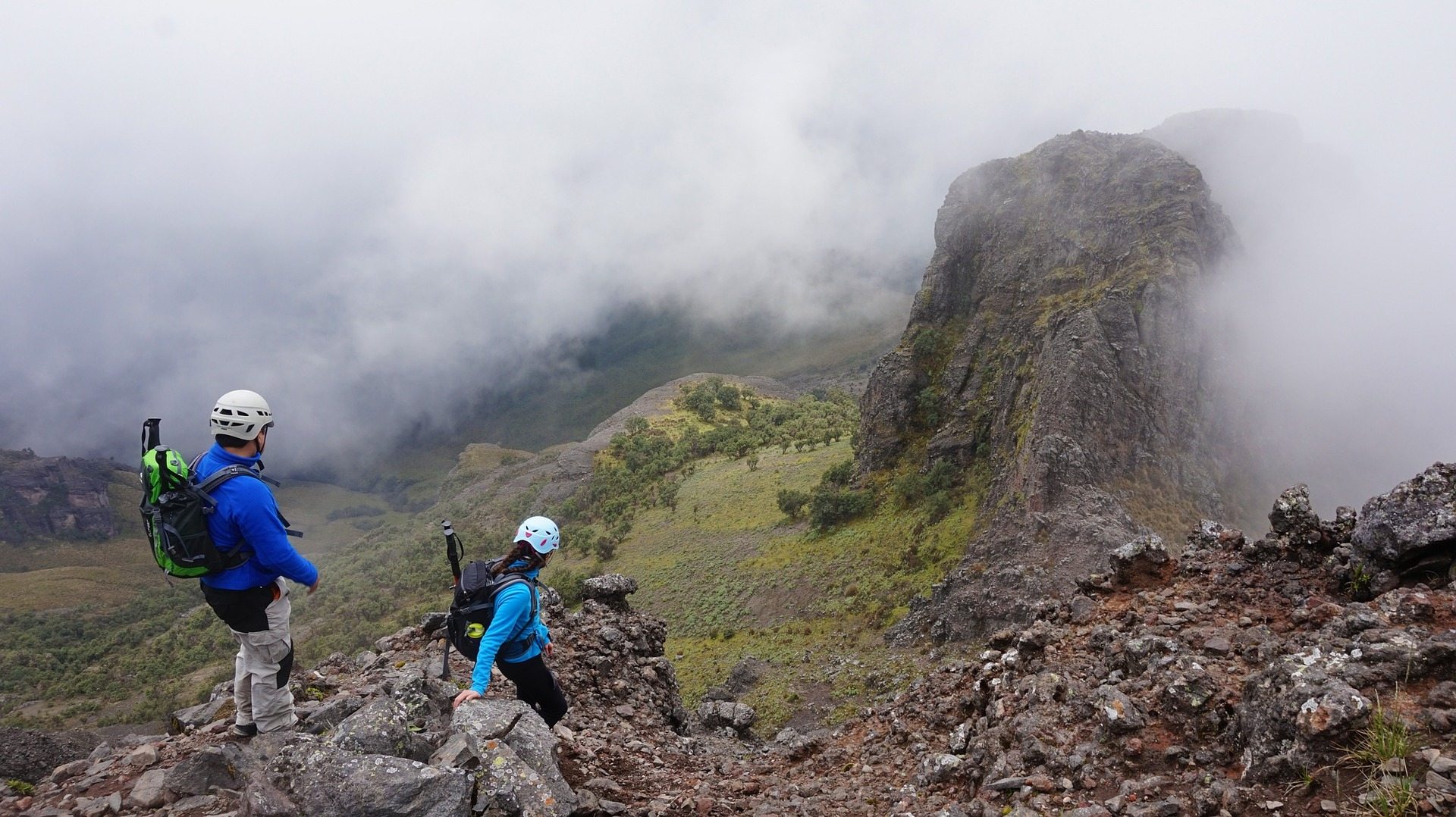 Tough persistence means continuing to pursue a goal until it is achieved. (Gary Smalley)

If there’s anything we’ve learned about marriage it’s that it takes an incredible amount of tough persistence to live with each other in “an understanding way.” Read below a few thoughts on the tough persistence it takes to make our marriages into spectacular ones. We hope it will inspire you (as it has us) on this Issue.

“Mountains are big. But you have no idea just how big they really are until you climb one. I discovered this first-hand last summer when I took on a Colorado Rocky. By the time I made it halfway up the slope, my whole body hurt for want of oxygen. I breathed as heavily as I could but couldn’t get enough air. My muscles didn’t want to move.

“I pushed on despite the difficulty. But my excitement about reaching the peak faded. I no longer saw the beauty that surrounded me. All I could think about was the pain and exhaustion claiming every cell of my body. I saw only the steep, rocky ground underfoot.

“Then something wonderful happened. My eyes focused not on craggy rock, but on grass, ruffled by a sudden rush of wind. Overwhelmed, I realized I had reached the summit. I couldn’t sit to rest. I was too captivated by the mountains, valleys, lakes, and streams I looked down on from this lofty height.

“For some couples, marriage and mountains share a lot in common. Marriage seemed a daunting enough commitment before the vows were spoken. But being married turned out to be even harder than it looked. During the difficult climbs of a rocky marriage, it can become hard for the couple to remember why they even married. Their thoughts start to focus only on the present problems. But God is strong in our weaknesses and he can turn human frailty into the most spectacular of experiences if we let Him.” (Wesley English, Editor for the Marriage Connection)

Continuing on with that thought, read what Dr Gary Smalley (from a past posting on his web site) has to say about being persistent in marriage. It’s about persevering even though the “mountains ahead” may seem too tough to climb over in the beginning. Persistence can pay off:

“Tough persistence means continuing to pursue a goal until it is achieved. For years, Ken’s way of dealing with Carla’s hurt feelings was to give her a lecture or a rational explanation for why she was hurting and how she could stop. These ranged in length from the brief ‘you’re too sensitive’ all the way to the twenty-minute complex analysis of her entire situation.

“Carla always assumed it was just his way of trying to tell her he was superior by making her feel at fault. If someone didn’t talk to her at a party, she deduced they didn’t like her anymore. But Ken would simply tell her, ‘Oh, they were just too busy. You’re just taking it too seriously.’ If she had an argument with his mother, his mother got his understanding. Instead, Carla got comments like, ‘You overreacted,’ or ‘I can’t believe how you hurt mom’s feelings.’

“After Carla realized that men have to learn how to respond to women’s feelings, she began to tell Ken each time she needed comfort, ‘Don’t lecture me …just hold me and understand.’ This didn’t do a bit of good the first six or seven times she tried it. She still got his lectures (although they kept getting shorter).

“Finally Ken (genius that he is), realized that Carla was simply asking him not to preach at her. She just needed him to comfort her with silent gentleness. He tried it once and noticed a completely different response in Carla. She recovered from her hurt feelings much faster than when he tried to explain away her feelings.

“Ken told me that although it was hard not to lecture the first few times, his quiet response was so much more effective. So it has now become natural. If Carla had tried to help him change by sharing her feelings only once, nothing would have happened. But she persisted, and now both she and Ken are enjoying the benefits of her tough persistence.

“Several years ago I met a man who had been very successful in his work with teenagers. He had influenced thousands of young people in a positive way. When I asked him the secret of his success, I was surprised by his answer. He said, ‘It’s simple. For every 200 ideas I try, one works!’ One of the teenagers from his youth group, Jill, followed his example after she married.

“Since the first week of their marriage, Jill had noticed how Dave always showed preference for his family over hers. When they moved across the country for Dave to attend graduate school, she thought she would be free to rating second to his family.

“Unfortunately, 2,000 miles wasn’t far enough. Phone calls, letters, or visits with the family continued to add fuel to the fire. Whenever Jill found fault with any of Dave’s family, Dave would always rise to their defense. Time after time she would try to tell Dave how deeply it bothered her that he preferred his family over her. But Dave always defended himself.

“A few years after gradate school Dave finally had the chance to relocate near their hometown. He thought Jill would be thrilled because it meant living near her family too. He couldn’t understand why she cried when he told her about the opportunity. Once again she explained that she was afraid to live near his family. This was because of his preference for them. As usual, he defended himself and couldn’t see it from her viewpoint.

“On vacation they visited their hometown. As they were leaving his family, he asked her, ‘Tell me one more time why you don’t want to move back?’ She explained once more. That time it finally got through.

“Since then, he has had many opportunities to demonstrate his preference for Jill. She now feels so secure that she is looking forward to the possibility of returning home. Once again, the wife’s gentle persistence brought lasting benefit to her and her husband.”

Tough persistence, which is perseverance, can especially pay off in wonderful ways as we apply it to marriage. As the Bible says:

“Consider it pure joy whenever you face trials of many kinds, because you know that the testing of your faith develops perseverance. Perseverance must finish its work so that you may be mature and complete, not lacking anything.” (James 1:2-4)

“For this very reason, make every effort to add to your faith goodness. To goodness, add knowledge. And to knowledge, add self-control. To self-control, add perseverance; and to perseverance, godliness. To godliness, add brotherly kindness; and to brotherly kindness, love. For if you possess these qualities in increasing measure, they will keep you from being ineffective and unproductive in your knowledge of our Lord Jesus Christ. But if anyone does not have them he is nearsighted and blind, and has forgotten that he has been cleansed from his past sins” (2 Peter 1:5-9).

We hope that together we will persevere in finding ways to live with each other in understanding ways —those that reflect the love and character of God!