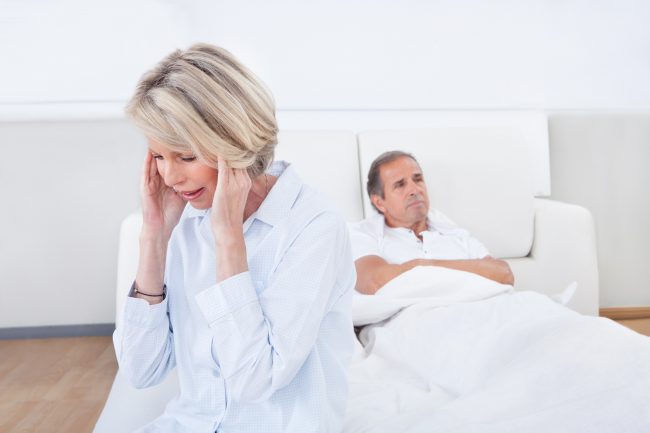 You can’t turn on the TV or pick up a magazine today without being bombarded with the term, “Erection or Erectile Dysfunction.” The ads make it seem like if a man who suffers from this just takes a little blue pill, then everything will be fine. Well, that hasn’t been my experience. And from the posts and e-mails we receive here at Marriage Missions there are many marriages where the little blue pill didn’t “fix the problem.”

Ten years ago I would have never thought I would be writing an article on the topic of a man obtaining an erection. In fact, I couldn’t have imagined saying the words, “Erectile Dysfunction” out loud. Yet today it is a far more common problem men, and couples are facing in their marriages. And it’s not just “senior” men; it is affecting many younger men/couples as well.

Many Couples Deal With Erection Issues

In a poll that TodaysChristianWomen.com conducted a number of years ago, they discovered that 46 per cent of those who participated in the survey have dealt with this issue in their marriages.

Cindy and I wanted to approach this problem from a compassionate, biblical approach. We also want to offer some good counsel from a number of different perspectives. So, Cindy conducted a lot of research on the Internet. That’s where you’ll see several articles we link to below to help Christian spouses deal with the erection issue.

Briefly, our story is that I’ve been an insulin dependent diabetic for the past 40+ years. I’ve been blessed that I haven’t had any major problems or complications. Thankfully, I am very healthy. However, over time, my diabetes started affecting my blood circulation, which has resulted in my inability to get and maintain an erection. I tried Viagra but found that it messed up my heart rhythm. For this reason, I stopped taking it. Cindy and I decided it wasn’t worth the risk.

That doesn’t mean our physical relationship stopped. It meant that we had to become more “creative.” I am so blessed to have Cindy as my wife and lover. She has never belittled me or made me feel like I’m “less of a man.” It’s quite the opposite. She has gone out of her way to build up my ego and esteem as her lover.

Below are the articles Cindy found that best reflect our views on this subject. We hope they help you. Before you go any further, stop and pray for the Lord to reveal what it is He wants YOU to get out of these. Pray about how He wants you to apply them to your situation.

In the following linked article, it’s important to note that there are a few reasons why a man can’t obtain or maintain having an erection. To explore if this may be the reason this is happening in your situation, please click onto the following web site link to read:

Paul Byerly has written a great article on this subject. It’s one that we believe you could benefit from reading. Please read the following web based article concerning when a man is not able to get an erection:

And then finally concerning erection issues:

Here’s something my wife found in a Today’s Christian Woman article, written by Amy Swanson. It’s titled, “Keeping Love Alive.” In this article, Amy (not her real name) battled with the consequences of what it meant to her husband when his Diabetes and heart problems stole his ability to keep an erection. They tried one method after the other that the doctors presented to them as possibilities. But none worked. It was difficult for both of them.

Amy struggled with this in different ways —presenting this in prayer to the Lord. She didn’t understand why He created her to be a sexual being, and yet she and her husband now faced the fact that intercourse may never happen for them.

And then Amy wrote:

“One night, during those early months of Phil’s impotence, I so longed to be intimate with him that I quietly left our bed and went into the living room. Curled in a favorite chair I often used for solitary prayer, I wept at our loss of physical union. I genuinely grieved over the death of a vital part of our marriage and my life as a sexually active woman. I formed a prayerful question. ‘Why, God, would you invest so much in our marriage, teaching us so much about gracious love, only to allow the very expression of that love to be taken away?’ I heard no answer from heaven that night other than a subsiding of my sexual desire for Phil.

“I made many nighttime visits to my prayer chair after Phil fell asleep. One night the physical and emotional urge for sex was almost overwhelming. I earnestly pleaded for the gift of celibacy. Celibacy is mentioned in both the Old and New Testaments. The apostle Paul mentions it in 1 Corinthians 7 while writing of the mutual responsibilities of marital sex. He claims his own celibacy as a ‘gift‘ from God. I now understood the uniqueness of wanting that gift all too well.

Amy then talked about the following:

“God often has allowed me a solitary struggle through difficult life challenges until I experience him as truly sufficient to meet all my needs. Then he allows humans to participate more fully. Such was the case in learning to accept this particular loss. Philippians 4:12-13 ministered healing and courage to me: ‘I know what it is to be in need, and I know what it is to have plenty. I have learned the secret of being content in any and every situation. …I can do everything through him who gives me strength.‘ This became my song in the night. Contentment comes when you embrace the truth that the supernatural strength of Jesus Christ is effectual in all things.”

Amy and her husband went to marriage counseling, which helped them greatly. You’ll want to read about what they learned. But at the conclusion of the article, here’s something else important that Amy wrote:

“Does impotency spell the end of marital intimacy? The answer, Phil and I have discovered, is a resounding ‘no.’ …Phil and I turned to God for continued help in finding an intimate, fulfilling marital relationship without intercourse. The physical yearnings subsided. I can’t point to a day or hour, but I just knew the struggle was over.

“When I look at Phil during a tender moment now, sexual arousal isn’t an issue; I simply feel a warmth and gratefulness that he’s my husband. His near-fatal heart attack put our love for each other in an even more nonphysical perspective. I saw the depths of his passion for me reflected in his eyes as he grasped my hand before entering the ambulance. I am so loved and cherished. We’ve discovered some vital elements of a satisfying marriage that transcend the sex act itself.”

An Important Point on Erection Problems

The key to being able to maintain a level of fulfilling intimacy together all boils down to being willing to WORK TOGETHER. I found I can’t do this alone. And it’s not all about getting my “needs” met and ignoring Cindy’s needs. To put it simply is to put it the way the Apostle Paul told us to live In Philippians.

Paul tells the people to always consider other people’s ambitions, goals and interests in all that they do in Philippians 2:4: “Each of you should look not only to your own interests, but also the interests of others.“

Leave a Reply to Anonymous from United States Cancel reply