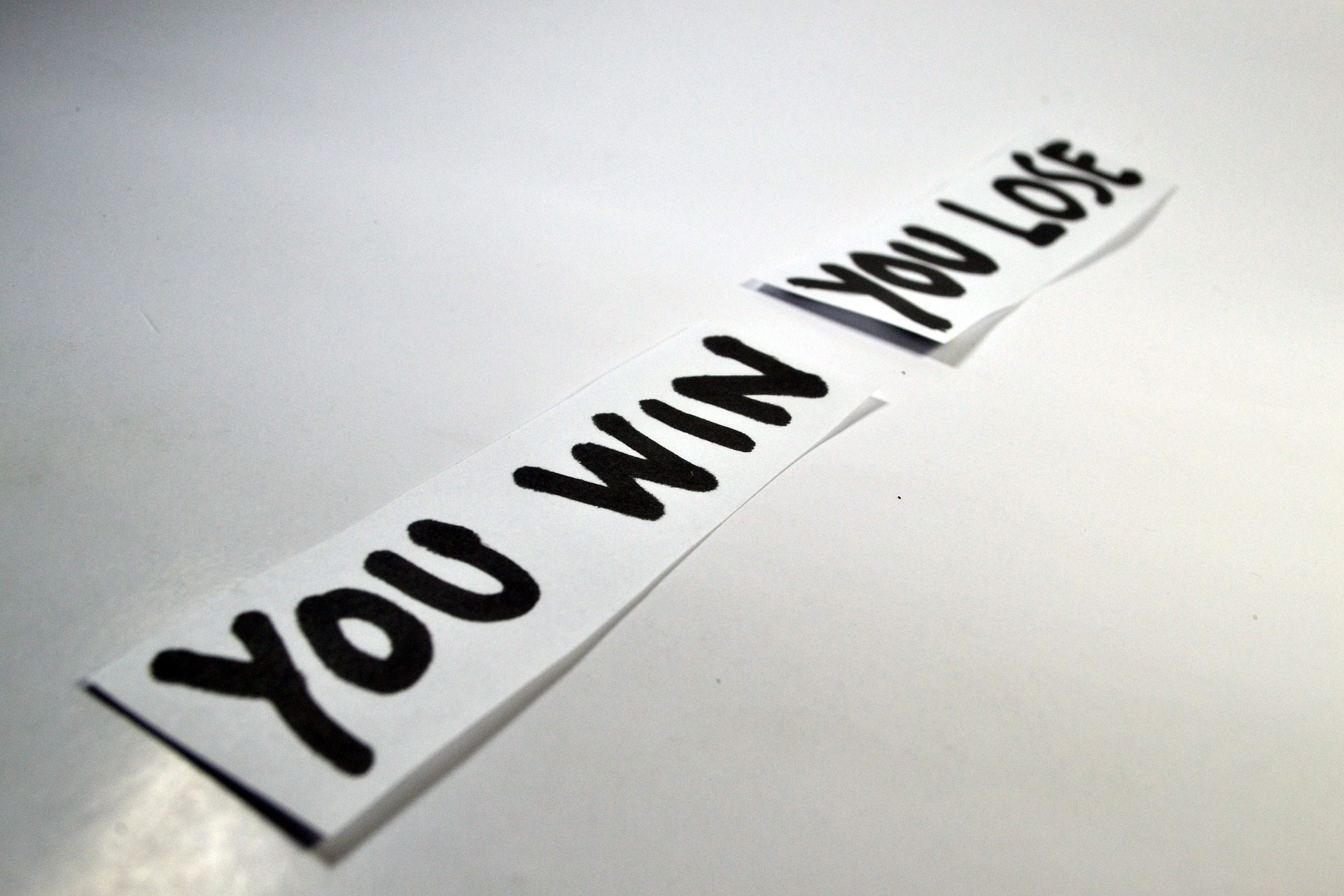 I used to think it was important to “win” every argument that occurred between my husband and me. I was sure that he needed to see my point of view. Ignorantly, I was sure that he was wrong and I was right. And I was sure that I had the answer to the RIGHT way things should be handled around our home and in our relationship. I didn’t realize the win/lose principle in marital conflict. It is that if spouses are arguing if one wins, both lose.

Sadly, in my arguments with Steve, it would appear that I lived by the motto of “take no prisoners.” In situations where we disagreed, I worked hard to persuade him to see the “errors of his ways.” I wanted him to make changes to my way of thinking. How self-centered, self-serving, and foolish! It’s embarrassing to even confess this to you because of the pride and arrogance involved.

In more recent years, the Lord has revealed to both of us the importance of changing our stance on “winning.” We are learning to compromise and get rid of the attitude of “my way is THE right way.” Now, I’m not talking about situations where a spouse is being deceptive or hurtful. In those types of conflicts, there can be no compromise. But in other types of disagreements, if one spouse “wins” an argument where the other partner feels they “lost” in some way, BOTH lose! And the marriage relationship loses, as well. Ours did for a long time until we approached matters differently.

“When you choose to enter into a significant relationship with another person, you’re also choosing to become a member of a team. All relationships involve choice. You can choose whether that team is going to succeed or fail. You decide whether it brings you pain or delight. It’s your choice. Members of a team win together, or they lose together.” (From: “Teamwork” — Devotional  from the Smalley Relationship Center)

I now realize that when I would be so head-strong to “win” an argument, we became marital competitors instead of partners. Yes, there are certain times when it’s important for a partner to change his or her behavior. An example would be if a spouse is spending too much time away from home. Or perhaps he/she is thoughtlessly spending money. Your spouse is forgetting that BOTH spouses are effected by such behavior. But even in these cases, there is usually some compromise that can be made. (The exceptions would be where deception or abusive behavior is involved.)

If you feel your spouse is spending too much time at work or with his or her friends, it may be time for a compromise. (We have an article titled Friendships and How They Influence a Marriage, among others that could help with this.)

If your spouse’s spending habits are causing problems, discuss ways to release at least a little money so each partner has some amount they can freely spend. (We have articles and web site links provided in the Finances in Marriage topic that might help with this as well.) In each situation, it’s a matter of looking for “win/win solutions” to your problems instead of win/lose.

We’re told in the Bible: “Do nothing out of selfish ambition or vain conceit. But in humility, consider others better than yourselves. Each of you should look not only to your own personal interests, but also to the interests of others.“ (Philippians 2:3-4) Finding a mutually-agreeable solution to your disagreements does just that. It’s a way of resolving conflicts so BOTH partners “win” and feel listened to, understood and validated.

“The goal for finding a workable and mutually satisfying solution is to discover one that those involved feel good about. We call this a win/win solution. [This is different that the win/lose solution where one has to lose so the other can win.] The main rule for finding a win/win solution isn’t to finalize anything until BOTH individuals in the argument have been heard, understood and feel valued by each other.”

One way this can be done is when:

“After sharing and having your feelings and needs understood, many times, the solution is obvious. However, sometimes it’s not apparent to everyone. When two people get into an argument, usually they have their own solution to the problem.

“But a win/win solution is when both individuals brainstorm several additional solutions by letting them go like balloons up in the air. At first, you don’t evaluate the possible solutions. After all ideas are ‘up in the air’ then both individuals evaluate. Both spouses determine if there’s a solution that they both like. They leave their original impasse, and find another answer that they both agree is the best solution to their problem. Thus, they reach a win/win resolution.”

Awkward Situations Turning Into Freeing Ones

I know this could seem like a simplistic way of solving problems and a bit awkward. But believe us when we tell you that it works. And eventually it isn’t awkward at all. It becomes a very natural way to resolve problems between you. And it’s freeing as well. That is because there is less of a chance of being misunderstood and feeling unheard. Plus, you reach solutions that both of you decide you can live with. And doesn’t that make it worth it? It’s a “marrying” of ideas!

We hope you will take advantage of all that Marriage Missions makes available for your use. We want to see you go from being in a win/lose situation, to progress to a place where you both feel you win. Our prayer is that God will use this ministry to help your marriage become the best it can be to the glory of God!