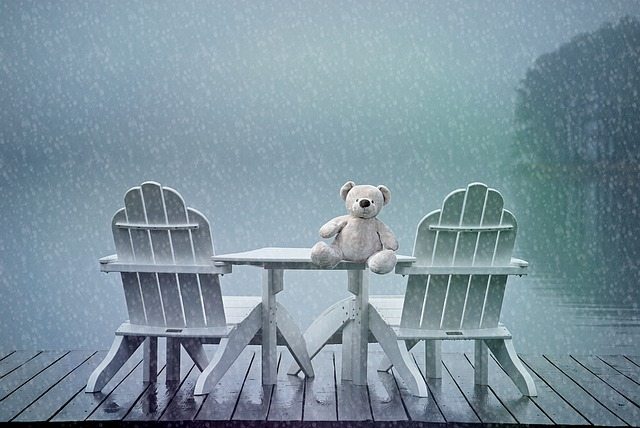 For divorced parents trying to minimize the effect on their children, the news is bad. Author Elizabeth Marquardt’s groundbreaking national study of adult children of divorce (ages 18-35) concludes that there are no such things as good divorces.

While good splits are better than bitter ones are, the best divorces still leave children with lasting inner conflict, says Marquardt, a Chicago-based affiliate scholar at the non-partisan Institute for American Values in New York City and herself a child of a good divorce. Her study makes her case in the just published Between Two Worlds.

There are No Good Divorces

Q: Much has been written about the low impact of “good” divorce. Your study says otherwise.

A: Good divorce is a theory, not a fact. The grown children of divorce will tell you there is no such thing as a “good” divorce. Despite parental love and good intentions, divorce creates insurmountable problems for a child.

A: The parents can both be good people, but they are different. In a marriage, it’s the job of the parents to make sense out of their two worlds. Divorced parents have two different versions of truth. The child sees these worlds as polar opposites. The children grow up traveling between two worlds. They start to feel like a different person with each parent. It really hits the child in their identity formation. With divorce, all of a sudden the child has to say: “Who am I?” and “How do I make sense of this?” This is a huge developmental task that is handed to children of divorce that is not part the lives of children of intact families.

Q: Eventually we all have to answer those questions.

A: Yes, but it happens on the divorce timeline, not on the timeline of the child’s own needs.

Q: Shouldn’t it comfort a child when both parents attend the child’s games and school events?

A: In a “good” divorce, parents get to get together on the soccer field, but because the only connection is the child, that’s hard. It’s the child alone who maintains these two relationships. They are the only common link to both worlds. That’s a big job. It makes them self-conscious. It makes them feel they have to watch both sides. Even surrounded by people, they feel much more isolated.

A: There’s a lot of loss that comes with divorce. There is this theme of loneliness. Children of divorce are three times more likely to say, “I was alone a lot as a child.” It makes them feel grown up too soon, like little adults. It makes them guarded and can make them secretive. These are the kinds of things that make it really hard to be honest with themselves from being their honest true self with the person they are most intimate with their spouse. These are huge losses that impact their spiritual lives.

Most are much less likely to be religious than those from intact families, but others look to God as the father they never had in real life. The cost can be in their relationship with the parent. One huge finding: Only one third of children of divorce say they went to one or both parents for comfort. Children of divorce are more likely to say they went to peers or handled it alone.

Q: If one is settled on getting a divorce, is there a better time in the child’s life to do it?

A: I don’t find that there is, but the earlier you do it the more complicated it is for the child.

A: Two thirds of divorces end low-conflict marriages. Most are not these abusive, fighting like cats and dogs marriages. People just want out. For parents who are married and have considered divorce (and who hasn’t?) it might be the midlife blahs or boredom. But this good divorce talk is incredibly misleading. We hear the stories about how many kids end up brutally damaged by awful divorces and then hear this good divorce thought: Your child will be fine. But you don’t want to just prevent awful damage in your child. You want them to thrive.

Q: So right the marriage at any cost?

A: No. With chronic infidelity, abuse, addictions, we have divorce. These marriages have to end, but it’s not easy.

But for low-conflict marriages there are great resources, including on the Web: Smartmarriages.com and Marriagefriendlytherapist.com.

This article came from the magazine, U.S. NEWS AND WORLD REPORTS, 9/26/05, written by Katy Kelly, written as a book review for the book, Between Two Worlds, written by Elizabeth Marquardt, published by Three Rivers Press.

8 responses to “For Children There Are No Good Divorces”