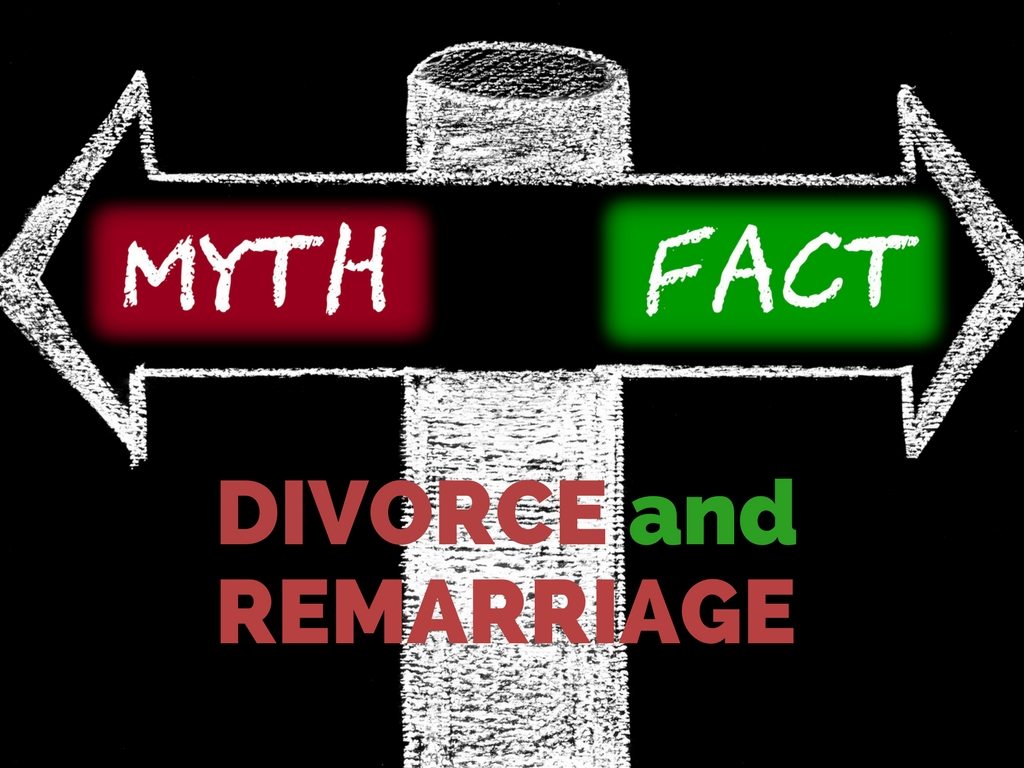 There are a lot of myths concerning divorce that we can convince ourselves are true, when we see something we think should happen. And that can be true of divorce and remarriage myths and how they affect children.

Tragically, many who are reading this article find themselves in marital situations where they believe that the only solution is to divorce their spouse.

Because we don’t know your individual situation, we can’t tell you whether your situation has biblical grounds to divorce. We also can’t tell whether this is your only alternative or not. That is between you and God.

But what we can do is give you information, which will help you and your children. As it pertains to divorce, remember the saying, “The grass always looks greener on the other side.”

We’ve known of many, many people who have fallen into that trap. They’ve told us that they were sure they would be better off divorced than living in their troubled marriage. Sadly, they have found out differently, and they now live with great regret for the decision they made.

As a ministry dedicated to helping preserve the sanctity of marriage, we give information that will help so you don’t make the same mistake these people have made. You will find lots of voices in today’s world saying something different. But we want to make sure that you know what we’ve heard as well.

The following article is provided so you truly can make the wisest of decision concerning your marriage and your family. Children are the silent partners in your family relationship. Their “voice” is often over-ridden and misunderstood when a family is in turmoil.

So to give “voice” to their concerns and well-being, we’d like to refer you to an article written by Jeff and Judi Parziale. They have gone through this issue themselves. They also minister to many who have and are dealing with these types of matters.

“For adults, divorce brings a world to an end; for young children, whose lives are focused in the family, it seems to bring the world to an end.” – E. Mavis Hetherington, from the book, “For Better or For Worse”

Many parents do not appreciate the traumatic effects divorce can have. Children are impacted by divorce. The world they know has been turned upside-down. People they thought would be there forever are gone. The degree of impact depends on their parents willingness and to put the welfare of the children first.

Myth: Anger between parents ends with the divorce.

Many couples fight at the same level of intensity even 5-10 years after their divorce. This can be devastating to children, who are often forced to take sides and who may never see a clear picture of positive adult relationships.

Myth: Children are resilient and bounce back in a few months without any negative consequences.

Actually, there is a higher degree of drug abuse and emotional-behavioral problems. School-related problems also tend to increase. Some children lose their ability to concentrate in school and become under-achievers. The trauma children experience can be substantial and long-lasting. When their dreams of a happy and loving home are broken, their security is shattered and their faith in adults is diminished.

Even after five years, fifty percent of children do not consider their new family an improvement. If they were given a choice, they would return to the family that failed. Children are not nearly as troubled by marital problems as adults. They assume adults will work out their differences, leaving the home intact. New families represent a new set of adjustments for children and most children are not ready to make these new adjustments.

Myth: Divorce is temporary; kids get over it quickly.

The first two years are the toughest. But for most children, the impact is experienced most, not in childhood, but in adulthood. Divorce is life-changing experience and a defining moment for many children.

Myth: Children will relate to each parent in the same way after the divorce.

Some parents become more attentive and indulgent. Some become more possessive and overprotective, others less emotionally available. Many noncustodial parents become more distant and less involved. Dating and involvement with other adults limits time. Established rules and routines change and discipline often becomes inconsistent. Visitation times can become more about indulging than nurturing. Custodial parents are often so wearied with the tasks of bread winning and single parenting that they are less attentive to their children’s needs.

New romantic interests make parents less available. Only one thing is certain, relationships will be changed and children will be impacted. Many children experience and increase in anxiety and stress, especially about a future seems less and less predictable.

Myth: If I’m happy, my kids will be happy.

Most children want their parents to stay together. When they don’t, they feel anxious, lonely, isolated, angry and afraid. “Happier” parents are not always better parents. New relationships take time, energy and can diminish parent involvement.

Most children feel “blind-sided.” They had no idea a divorce was imminent. Most assume parents will successfully resolve disagreements. Rather than relieved, most children feel rejected, abandoned or betrayed. They have a deep sense of sadness and loss. Many children mistakenly blame themselves. Children in very high conflict homes do seem to benefit from a divorce, since it stops the violence and/or abuse. However, in low-conflict marriages (the majority) that end in divorce, children tend to exhibit more emotional-behavioral symptoms.

Myth: My child will be better off if “he/she” is out of the picture.

Children seldom view a parent in the same way as an adult. Even if a parent is “out of the picture,” they are always in the in the children’s mind. Attempting to remove a parent from the child’s life can actually harm the child. However, if a parent is abusive and represents a clear danger to a child, legal safeguards are available.

Myth: Because of their strong determination to avoid divorce, children of divorce tend to have a higher rate of success in their own marriages.

Marriages of the children of divorce actually have a much higher rate of divorce than the marriages of children from intact families. This is true because children learn about marital commitment or permanence by observing their parents. Their sense of commitment to a lifelong marriage has been undermined.

What can you do?

First, be sure you do not believe any of the above toxic myths. Second, take responsibility for your behavior. Third, please do not rush into a new relationship. Give yourself and your children time to heal.

Jeff and Judi Parziale have been married over twenty years. Each brought three children into the marriage. The challenges of working through the issues of remarriage and stepfamily life led them to start InStep Ministries. To reach Jeff and Judi Parziale, you can visit their web site at Instepministries.

Here’s another article you may find helpful to read on this issue was written by Drs. Beverly and Tom Rodgers:

• PAIN AND TRIUMPH FOR CHILDREN OF DIVORCE

2 responses to “Myths Concerning Divorce and Remarriage and Children”