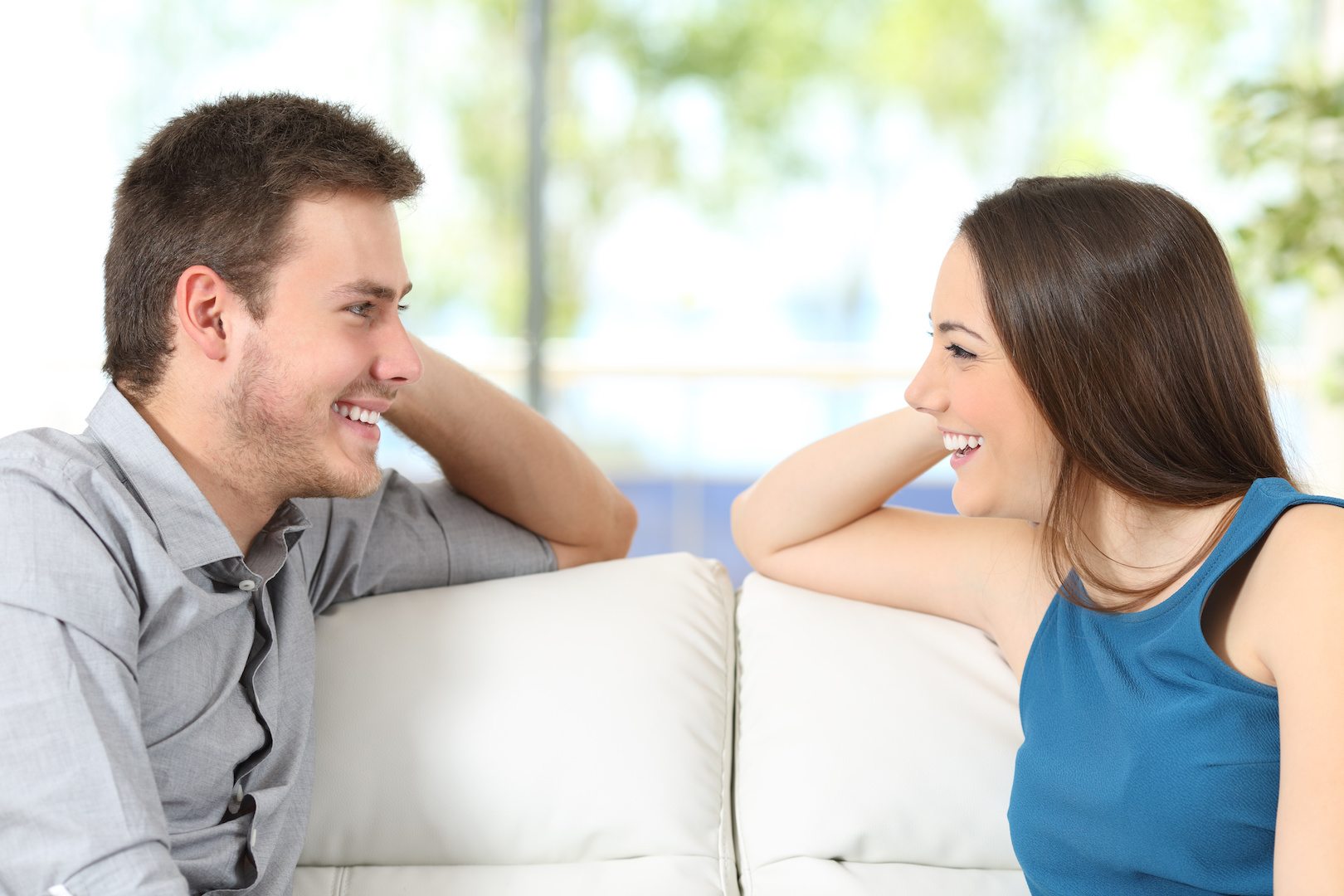 Last week we touched on the marriage communication point, “Do you REALLY want to know?” This referred to what we say to each other. Do we REALLY want our spouse to be honest with us? If so, we’d better make it safe for them to talk. This week we want to go in another direction with the same concept. When we are communicating with each other, are we talking too much, or are we saying too little? In other words, in our marriage communication, are we saying so little to our spouse that they feel lonely, wanting more?

On the flip side, are we talking so much about everything that the other spouse feels flooded by words? For some spouses, it’s TOO much at times.

We’re bridging this subject because we’ve been in both situations. There were times in our marriage where Steve was quieter. He was never really taught how to effectively communicate, so he wouldn’t say much. His dad was quieter, and so Steve didn’t say much either. Steve could be seen as what is termed as a Condenser. He would condense a lot of thoughts and activity into just a few words. You probably know the words, “Fine,” “Good,” “Yes,” No,” “Work was good,” etc.

But for us, I needed him to talk more. He was a Christian broadcaster. And so I expected him to be as gabby at home as he was at the radio station or when he was on TV. But he wasn’t. I used to get so frustrated when I would hear him tell his radio listeners something that we were going to do that evening. And I didn’t even know about it yet. Here I was his marriage partner, and I often knew less than his radio listeners did. I had to listen to him talk on the radio to learn more about him. That didn’t fly well. It caused a lot of friction. And I felt very lonely a lot in our marriage.

Steve now admits that wasn’t good. He has truly worked at communicating at home more. I’m not talking about him just reporting about our kids, and now grandkids, and what he did when he was out for the day. He now talks to me more about other meaningful things too. He has stretched (and continues to stretch) himself beyond his comfort zone. Instead of condensing his words, where he would say little, he stretches to say more. And now, he can actually be gabby at times. I like it!

I, on the other hand, was raised in a family of talkers. We talked about everything. So I dragged that communication style into marriage. I was (and still can be at times) what they call an Amplifier. I could, and can stretch out a short story or thought to elaborate on it to no end. Eventually, Steve was able to explain to me that sometimes he would get too flooded by the sheer number of my words. It was too much for him. He talked and heard talking all day at work. So when he came home he needed less words directed at him for a while. He just needed some space and grace.

Through the years we have been able to work out our different communication styles. Steve has learned to save a little of his energy for when he comes home. I don’t just get the leftover energy, which used to be very little. He has also learned to say more—knowing that I love to hear about the details of his day, and his thoughts on current situations. He does less condensing.

I have learned to speak a bit less over the years. Just because it comes into my mind, it doesn’t mean that it has to come out of my mouth. I’ve learned to listen more and talk less, when it’s appropriate. We’ve also come up with a signal Steve can use when he needs me to condense my words, because he is on overload. I’ve learned not to take this personally, and he has learned not to use that signal too much. That way we’re both happy.

See? Condensers and Amplifiers CAN find ways to combine their speaking styles. We just have to be intentional in working it out together. If you have the same problem we had, perhaps you can work this out within your marriage. It doesn’t just come naturally. You have to work at it.

Here are a few linked articles that could help you in that mission:

On this issue, Lysa Terkeust gives some good tips that all of us should pay attention to, no matter how many words you use:

1. Listening should take precedence over speaking.
2. Words should be measured.
3. Once words are spoken, I can’t un-speak them.

You can read more in her article, which we recommend, Sometimes I Talk Too Much!

We have a lot of other articles posted on our web site that can help you do this too. Look around, glean through what you read, and apply what you believe will work for you in your marriage.

In closing, it’s important to know when to talk, and when NOT to talk. Find the balance, as the Lord will show you. Work together to marry together your marriage communication talking styles. When you do, you will find pleasure in speaking and listening.