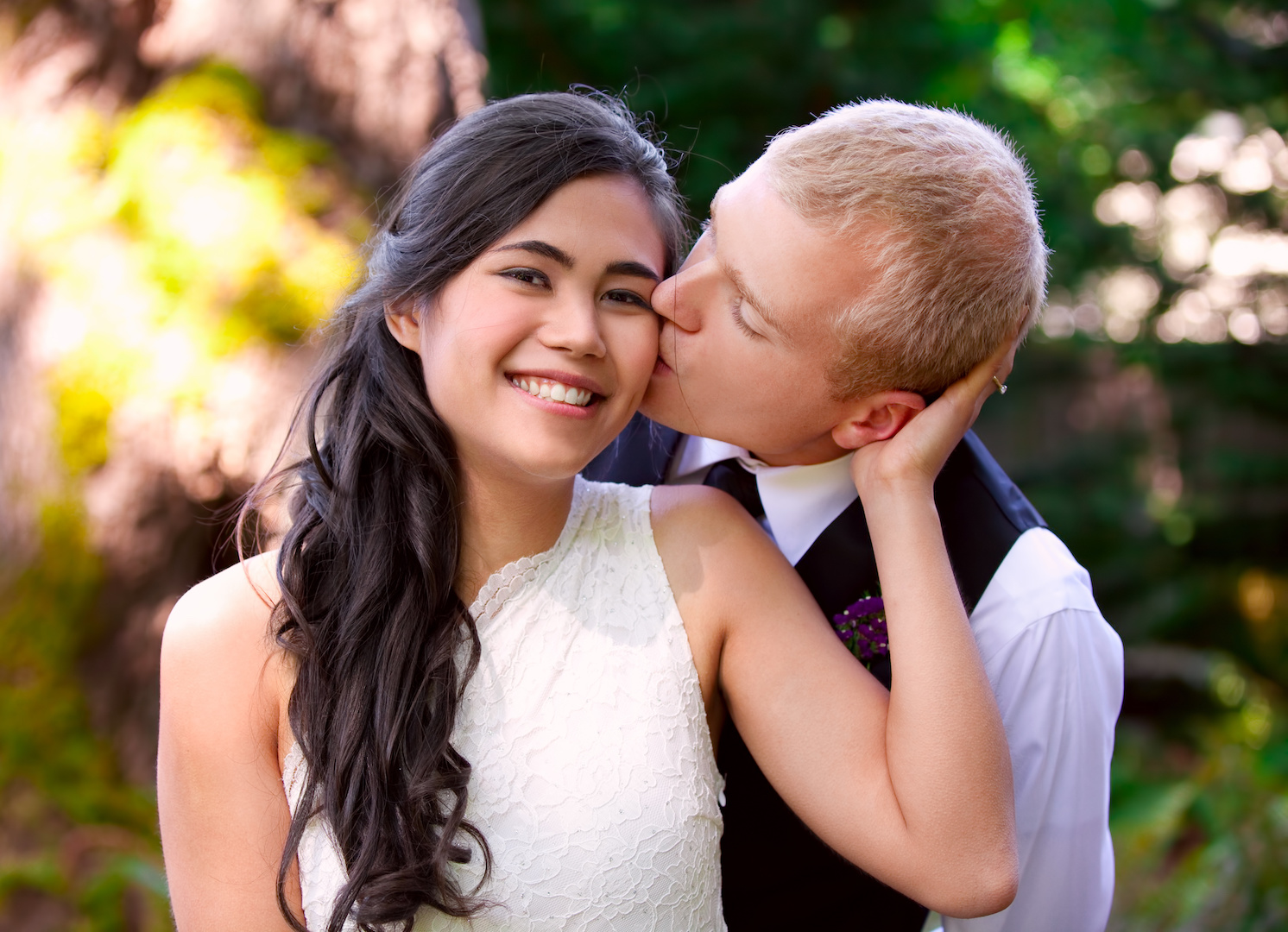 Marrying someone from another culture can be exciting! There are so many things that are new and different, interesting and challenging. But these same things can be a source of frustration and conflict, misunderstandings and hurt. Before you marry someone from another nation, take a look at the list below. Perhaps you will see some things there that you have not considered.

We are not trying to convince you that marrying someone from another culture is right or wrong. That is something you will have to determine for yourself, as you seek God’s wisdom. But the Word does say that a wise man calculates the cost before beginning construction on a house. Hopefully this will help you consider the cost of cross-cultural marriage.

Marrying Someone from Another Culture

Marrying someone from another culture could mean that one of you will be living outside of your home nation permanently. This means that you will not be able to see your family very often. It also means your children will see very little of at least one set of parents (their grandparents).

The following are a few questions to ask yourselves before you go any further in considering marrying someone from another culture:

• Are you willing for your children to not really know your parents?

Not only will your children not have the opportunity to know one set of grandparents very well, if there is a language barrier, one set of parents will not be able to really communicate well with your children.

• Are you willing for your family members to not be able communicate well with your children?

Marrying someone from another culture means that you will have a hard time understanding each other’s humor. Things that are funny to one will not be funny to the other. You will have to explain the humor to one another. (Examples are: Jokes from TV shows, childhood games, and comic strips.)

Also, When Marrying Someone from Another Culture Consider:

• Are you willing to take the time to explain why something is funny to you?

• Have you considered that you might get tired of having to explain jokes to one another?

• Are you ready to just accept the fact that you won’t be able to share each other’s humor?

Marrying someone from another culture means that one of you will not be experiencing your cultural traditions and/or national celebrations.

• Are you willing to let go of some of your traditions and celebrations?

Marrying someone from another culture means that one of you must be willing to not give your children the cultural traditions and national heritage that you have.

• Are you willing for your children to grow up with a different set of family traditions than your own?

You need to be aware that the day may come when you may need to move to your spouse’s home country.

• Are you willing to live in your spouse’s home country indefinitely?

You may need to consider that the socioeconomic class one holds in one culture, may not cross over in another culture. For example, a well educated man from Latin America may not receive the same respect he enjoys if he lived in the United States or Australia.

• Are you willing to lose your place in society?

• Have you considered how both of your cultures view cross cultural marriages? Light skinned people marrying dark skinned people may be perfectly OK in Venezuela, but frowned upon in S. Korea.

• Are you willing to face the possibility of being prejudiced against because of your spouse’s nationality or color?

Growing up in another culture means that the gender role models for your children may not be what you would consider to be good role models. (Examples are: Machismo in Latin America, and outspokenness in American women.)

• Are you willing for your children to grow up with gender role models you don’t approve of?

You may need to consider the effect of the “home court advantage” on your marriage. If a foreign man marries an American woman and they live in the United States, she would be cast in the leadership role in some aspects of their relationship. (She would better understand the language and protocol of the nation.) Whereas if they lived in his nation, he would be able to lead out more effectively in their marriage.

• Have you considered how the “home court advantage” may affect your marriage relationship?

This article was written by Bill and Carol O’Hara. They are former missionaries, involved with Marriage Ministries International. They also formerly had their own web site along with their children Kim and Ryan. Unfortunately, it is no longer available on the Internet. That is where we found the above article posted.

To give you further insight as to some of the positives and negatives when one marries someone else from another culture, the following Boundless.com web site link will take you to an article where you can read about several couples and their experiences within:

Finally, here’s one last article we recommend you read and work through:

• STEPPING OUT OF ONE FAMILY INTO ANOTHER

After reading all of this, please note that you may be a good couple to date each other. But it may be that the obstacles are too large to overcome for you and you shouldn’t marry. Or perhaps you will be good together. But whatever you do, make sure you both face the truth of what you will have to work through should you decide to marry.

Keep in mind that marriage is a lifelong commitment. If BOTH of you do not have the mindset and commitment to marry your differences together FOR A LIFETIME, you should not marry. But if you will both work through your differences in partnership, then take your request to marry to God and see what he tells you. But whatever you do, be honest with each other, with God and with yourself. Don’t marry unless you BOTH will work to make your marriage a good one.

99 responses to “Thinking of Marrying Someone From Another Culture?”