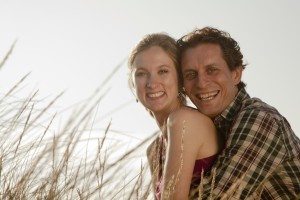 “We used to be so in love. Life was full of passion and romance. Now he acts like he doesn’t care. It seems like ages since we made love. Our marriage is in trouble if we don’t breathe some new life into it soon!”

Passion and romance are a strange phenomena. They are strong compulsions and hard to control.

This is one area that has always perplexed me about God’s creation. Why didn’t He create us with the ability to sustain passion for just one person all of our lives?

The truth is that all marriages go through ups and downs. For many, the down times are quite low and can last a long time.

Once the infatuation stage is over and the negotiation phase begins, most couples realize that there are times when living with the same person year after year can be boring, and the lure of something new and different can be quite strong.

No one should be surprised when they find their mind wandering toward something new, something different, something that seems a little more exciting. All relationships go through this strain. What keeps the marriage together? In these down times, it’s not deep emotion or passion but commitment to one’s spouse.

As Michele Weiner-Davis describes it (in her book Divorce Busting):

“Magic doesn’t last forever. Happily married couples say magic visits from time to time, but by no means is omnipresent. When speaking of their mates these couples talk more of mutual respect, companionship, [and] friendship than they do of magic and quiver-up-the-spine.

“One gets the impression that a good marriage is in many ways more like a good business partnership than the pairing of Mr. with Ms. Right. Failing to recognize the transience of magic in all relationships results in the gnawing feeling that something is wrong. Believing something is wrong with your marriage because intense feelings aren’t sustained may be what’s wrong with your marriage.”

When people come for counseling about their marriage, they often say things like the following:

“We just don’t feel the same way about each other.”

“God wouldn’t want us to stay together if we don’t love each other.”

“If I am in love with my spouse, then how can I have these feelings for someone else?”

Do any of these comments sound familiar to you? How would you respond?

We usually let clients know up front that they are going through something most couples experience. Feelings flutter and fade, but marriage is built upon commitment.

“Yes,” they might say, “but aren’t these feelings telling me that I’ve made the wrong commitment?” People talk about being “in love” with someone else. Or perhaps they’re just interested in or turned on by another person. This is obviously distressing, and a serious concern for the marriage, but it is also quite common, even among Christian couples. A person may have passionate feelings toward someone other than his or her spouse. This does not mean, however, that true love has left the marriage or that marriage is bound to end.

An affair, whether imagined or indulged, will always be more exciting than the marriage. Why? Because it is something unknown, forbidden, and unexplored. This is probably what lies behind the intriguing biblical phrase “the lust of his eyes” (1 John 2:16). Remember that coveting made God’s top ten list of human errors.

One man told me how he had “set a fleece” before God. (This is a dubious form of testing God’s will that’s based on a story from the biblical judge Gideon). Here’s what this man’s test was: He proposed that he go away by himself for two weeks to think and pray about his wife and another woman that he was overwhelmingly attracted to.

He said, “I’ll see which woman I miss the most. That will determine which way I go.” He reasoned that God would direct him by giving him the greatest longing for the woman he really loved.

I told him not to bother. I could predict which woman would be most on his mind —the woman who had been his obsession for the past four months. But this would have nothing to do with love and everything to do with hormones, excitement, and lust.

Some partners feel that they have to compete with these obsessions. They assume that if they could just be a little sexier, a little nicer, or a little younger looking, they could win back their mates’ attention. The truth is that you cannot compete with an affair.

No matter how young or sexy you are or make yourself out to be, there will always be others who have more of what you are trying to gain. And ultimately it does not come down to youth or sexiness, just newness. We are often attracted to something —or someone —new.

Staying together is a matter of remembering the nature of the commitment you made to your spouse. I advised the wavering husband to stay with his wife and think on the commitment. I advised his wife to give up trying to compete but to confidently remind him of the choice he made ten years ago when he promised to be her husband. (There’s nothing wrong with trying to be nice or trying to make yourself look good, but that cannot be the focus of your efforts to win back your spouse.)

All marriages go through some form of temptation. Some people pursue money, career, other friendships, or even church work to fill the void of marriages that just don’t fulfill their expectations or needs. And many are tempted to enter extramarital romances.

The question is: What do you do with the temptation?

Do you seek it? Some do. There are those who get tired of their marriage and go out looking for trouble. They may not even intend to “go all the way” with an illicit relationship, but they’re dancing on the edge of infidelity. They want the excitement, the rush, the assurance that they’re still attractive to the opposite sex. Obviously, these people are playing with fire.

Meanwhile, the friendship grows more intimate. There was a spark there, and you have fanned it. You worry about where this is headed, but you console yourself with the myth: This must be right because there is passion here I’ve never felt in my marriage. This, too, is playing with fire. Call it what it is, a good friendship that is taking a dangerous turn. Slam on the brakes before you crash.

The Tentacles of Temptation

Do you find strength to fight temptation? Temptation weakens us. It snakes its way inside our souls and convinces us that we have already lost —it’s useless to resist. The Tempter tries to make us feel guilty for being tempted and normal for giving in. That’s backwards. It’s normal to be tempted; the guilt comes when we succumb to it.

This article is edited from the book, “The Marriage Mender,” written by Dr Thomas A. Whiteman and Dr Thomas G. Bartlett. It is published by Navpress. Dr Whiteman and Dr Bartlett are licensed psychologists who both work with troubled couples and have conducted seminars on marriage through Fresh Start Seminars.

3 responses to “We Used to Be So in Love”